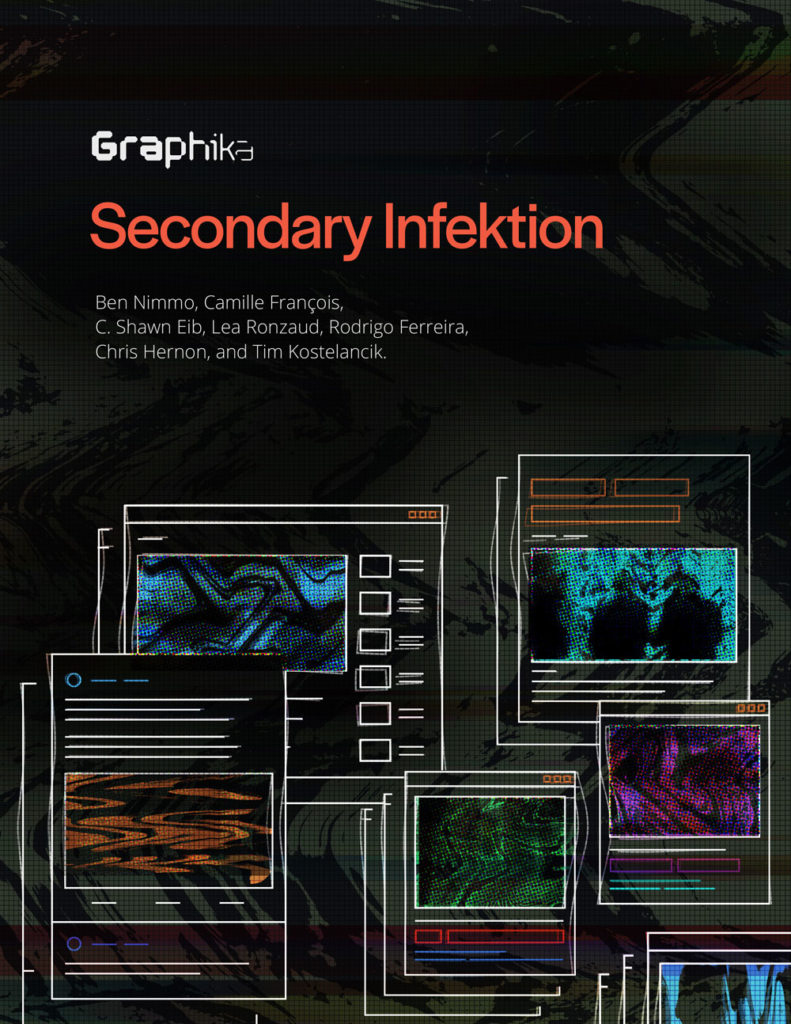 A group of Russia-based hackers used sophisticated new techniques to spread disinformation in the U.S. and avoid detection by social media companies for years, according to a new report from an information research firm. The findings, by the firm Graphika Inc., could shed fresh light on the extent of Russian efforts to spread confusion online, The Wall Street Journal reports:

The group of hackers, referred to as Secondary Infektion, started six years ago and was active at least through the start of this year, Graphika said. It avoided detection by spreading its messages in seven languages across more than 300 platforms and web forums, using temporary, “burner” accounts that were quickly abandoned and leaving few digital breadcrumbs for investigators to follow, said the report released Tuesday.

The campaign used fake accounts and forged documents to sow conflict between Western countries and most often targeted Ukraine. It produced at least 2,500 pieces of content in seven languages across over 300 platforms from 2014 into 2020, said the report, by authors Ben Nimmo, Camille François, C. Shawn Eib, Lea Ronzaud, Rodrigo Ferreira, Chris Hernon, and Tim Kostelancik.

“It would be unwise to assume that they’ve just given up and gone home,” said Nimmo, director of investigations with Graphika. “The question is: ‘have they changed their tactics enough to make themselves unrecognizable?’”