China is using its economic might to advance its foreign policy agenda in Latin America, including persuading countries to stop recognizing Taiwan’s sovereignty, argues Julio Armando Guzmán, a former presidential candidate in Peru in 2016 and 2021. And the terms on which it lends often undermine democratic norms. That is particularly dangerous in a part of the world where institutions and democratic practices are often fragile, he writes for Foreign Affairs.

Building human capital is the best strategy to neutralize China’s physical capital approach. Leaders and citizens who are educated about liberal democratic values are more likely to adopt transparent, accountable, and corruption-free institutions and policies, argues Guzmán, a Reagan-Fascell Democracy Fellow at the National Endowment for Democracy (NED):

Through their superb higher education systems, the United States and Europe have a competitive advantage no one else can beat. Western governments could enhance democratic awareness and ethical leadership capacity in Latin America through a variety of initiatives. Latin Americans are currently underrepresented on Western university campuses; new programs could bring international students, faculty, and researchers to the United States. 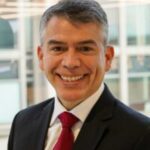 The representation of China as an ideological threat to Western democracy was facilitated by the reality of China’s repressive and assertive behavior, according to a new analysis.

The concept of sharp power, as articulated by the NED’s Christopher Walker and Jessica Ludwig, was central “to establishing a seemingly natural fit between a commitment to liberal international values and a concern with China’s ideological outreach,” say analysts Stephanie Christine Winkler and Björn Jerdén.

Around 2016, however, a decisively different understanding of authoritarian states’ soft power emerged, they write in US foreign policy elites and the great rejuvenation of the ideological China threat: The role of rhetoric and the ideologization of geopolitical threats, an article for the Journal of International Relations and Development: 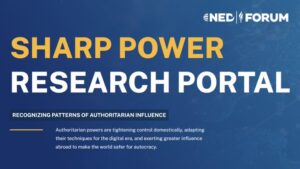 A group of scholars and analysts, who shared a long-standing interest in the promotion and defence of democracy, started to describe China’s soft power push as a dangerous appropriation of the concept for malign purposes. Specifically, they suggested that the concept had been ‘hijacked’ as it had allowed authoritarian actors to develop deceitful influence activities, such as China’s Confucius Institutes, under the pretence of soft power (Walker 2016). Efforts to develop this argument culminated in a 2017 report by the National Endowment for Democracy (NED), a key organization in promoting the resilience of democracy (Cardenal et al. 2017).

Specifically, this made it possible to conceptualize China’s international behavior as ideologically challenging as well as geopolitically problematic, which was a key step in the overall emergence of the perception of China as a severe threat to the United States, Winkler and Jerdén contend. RTWT