Cuba’s most vocal critics today are young adults who grew up in the post-Communist era and view the “revolution” as an ossified ideology imposed on them by octogenarian leaders clinging to power, according to one observer.

Accusations of bribery, an imprisoned Cuban bank official and Interpol all feature in a high-stakes case against the Cuban government set to start Monday in the United Kingdom’s High Court, CNBC’s Michelle Caruso-Cabrera reports:

The legal battle is over a portion of Cuba’s unpaid commercial debt dating back to the 1980s. If Cuba loses, it could ultimately cost the island nation billions in long overdue payments — and, in a worst-case scenario, lead to the seizure of government-owned assets such as oil tankers and in-bound wire transfers. Investment fund CRF1, originally called the Cuba Recovery Fund, is suing Cuba for roughly $72 million in principal and past due interest on two loans it now owns. 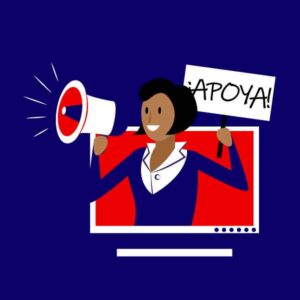 Rumbled by a deep economic crisis, a growing domestic opposition and the return of tense relations with Washington, Cuban authorities are cracking down on journalists, The Guardian reports:

Begrudgingly tolerated a few years ago, Cuban reporters are now regularly detained, can have their phones and laptops seized, and their internet cut. Independent journalism in Cuba – usually supported by foreign funding – has blossomed since 2018, the year in which the state punctured its monopoly on information by unleashing relatively uncensored mobile internet…..

El Estornudo, which can only be accessed via VPN on the island, lists the US National Endowment for Democracy (NED) as one of its funders. ……José Jasán Nieves, El Toque’s general editor, who emigrated to Florida with his wife and young children in 2019 after being detained for several hours in his house in Havana because of his reporting, vigorously defended the legitimacy of the website’s funding sources, saying they “allow us to implement the projects we dream about”.

An exhibition of Cuban art from the past decade charts the emergence of a group of artists who have broken the state’s monopoly on public discourse. 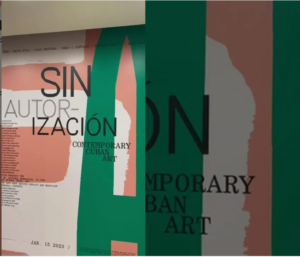 Upon entering “Sin Autorización” (Without Authorization), an exhibition at Columbia University’s Wallach Gallery, one encountered a large free-standing wall covered with screenshots of Facebook messages in Spanish railing against Cuban authorities, calling for more protests, and demanding freedom for political prisoners, notes Coco Fusco: “HAVANA IS IN THE STREET, EVERYONE HIT THE STREET”; “Today is a beautiful day to scream: RESIGN NOW DAMn IT!”; “ENOUGH LIES, ABUSES, AND ARROGANCE, CUBA IS NOT THE GOVERNMENT, THE FATHERLAND IS NOT A POLITICAL PARTY.”

The Houston-based artist Reynier Leyva Novo began collecting these posts on July 11, 2021, when tens of thousands of Cubans took to the streets in what became the largest protest on the island in the past century. Collaging the screenshots together, he created a portrait of a pivotal moment in Cuban history, when the island’s citizenry asserted itself as a political entity distinct from the state’s rhetorical invocation of “the people,” he writes for The New York Review of Books:

“Sin Autorización,” a survey of Cuban art from the past ten years curated by Abel González Fernández and Gwen A. Unger, charted the rise of public protest against state control of culture and civic life. …The most vocal critics today are young adults who grew up in the post-Communist era and view the “revolution” as an ossified ideology imposed on them by octogenarian leaders clinging to power. Their political skepticism is vividly expressed in Laziness in Cuba (Vagancia en Cuba, 2021–2022), a short documentary by the director Kevin Ávila included in the exhibition, in which sharp-tongued artists, designers, and writers speak about their rejection of revolutionary certitudes and their ironic views on daily life.

The writer Orlando Hernández describes their sensibility as “this other face, this other cynical, questioning glance constantly laying itself out before the grand narrative.”