“The spread of COVID-19 is illuminating—all at once and in dramatic fashion—global challenges to the space for news, information, and public debate, with direct relevance for societies around the world.” – @DWJ88 @NEDemocracy https://t.co/B68OD0CoDZ

Brazil’s President Jair Bolsonaro now finds himself fending off a number of investigations proceeding in the Supreme Court, notes AEI analyst Ryan C. Berg. Stemming from his 2018 presidential campaign, he faces allegations that his campaign coordinated with private businesses to disseminate disinformation about his opponent through social media. The president has responded by attempting to obstruct the Federal Police from carrying out searches and seizures of those allegedly involved. 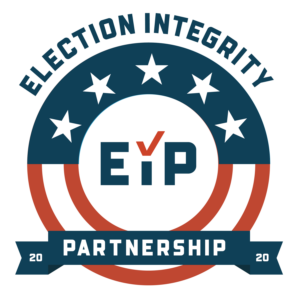 On Wednesday August 12th at 10 a.m. Pacific Time, speakers from the newly formed Election Integrity Partnership explain how it aims to tackle electoral disinformation in real time. The partnership is a coalition of research entities focused on supporting real-time information exchange between the research community, election officials, government agencies, civil society organizations, and social media platforms. The objective is to detect and mitigate the impact of attempts to prevent or deter people from voting or to delegitimize election results. Register here.

The foundational Partnership consists of four of the nation’s leading institutions focused on analysis of mis- and disinformation in the social media landscape: the Stanford Internet Observatory and Program on Democracy and the Internet, Graphika, the Atlantic Council’s Digital Forensic Research Lab, and the University of Washington’s Center for an Informed Public. 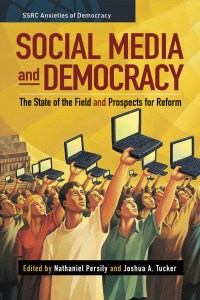 On Tuesday September 8, 2020 9:00 AM – 1:00 PM, PT, Stanford’s Cyber Policy Center hosts a discussion of Social Media and Democracy: The State of the Field and Prospects for Reform. The book explores the emerging multi-disciplinary field of social media and democracy, by synthesizing what we know, identifying what we do not know and obstacles to future research, and charting a course for the future inquiry.

Download the final chapter here, which details the legal barriers preventing access to key social media datasets, and the ethical quandaries surrounding analyses of such data.

Tune in on Wednesday at 10 a.m. PDT for a @StanfordCyber webinar featuring members of the @2020Partnership (which includes @uwcip) discussing efforts to identify and respond to emerging election-related disinformation. https://t.co/dkiqsOf6ck pic.twitter.com/sx17xxwrxU