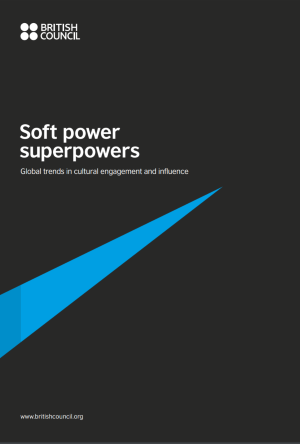 Real democracy perhaps requires no written constitution, argues Simon Critchley, a professor of philosophy at the New School for Social Research and the author of “What We Think About When We Think About Soccer” and the forthcoming “Tragedy, the Greeks, and Us.” What it needs are hard-won habits of freedom of speech, persuasion, collective decision-making and candor, he writes for the New York Times.

Major global trends in the field of sharp or soft power are the subject of a British Council report on how states aim to expand their global influence. Claiming to offer a new perspective on an increasingly competitive “soft power marketplace,” Soft Power Superpowers notes that in the last five years alone China’s network of Confucius Institutes has grown from 320 to 507, making it by far the largest of the international cultural institutes. Russia too has been growing its cultural presence, with an increase of 209% in its Russkiy Mir Foundation institutes. In contrast over the same period the networks of European countries’ cultural institutes have proven largely static or reduced, it adds.

The National Endowment for Democracy “is the kind of non-partisan, independent, arms-length
institution that can do so much for a state’s soft power,” the report observes. “Through its provision of grants for activists and civil society groups the NED creates goodwill and trust and builds the networks with the leaders of tomorrow that the state can then draw on,” it adds:

America has traditionally been viewed as using its power for
more than the promotion of its own interests. There has been a belief in many
countries that the US has acted to help maintain the rules-based international
system and in so doing support a broader common good. 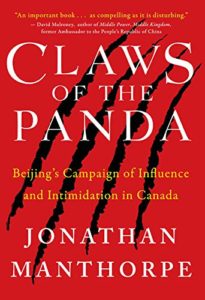 Canada tops the world as the most attractive country to young people across the G20, writes Alistair MacDonald, British Council Senior Policy Analyst. In Powers of Attraction, he discusses the findings of the British Council’s G20 perceptions research, undertaken every two years, offering insight into how the attitudes of young people to other nations around the world shift over time.

“This year once again the most attractive and trusted country in the G20 was Canada coming top across four key metrics: overall attractiveness, trust in people, trust in government and trust in institutions,” he adds. “Canada is a prosperous, liberal democracy recognised for its stability, respect for diversity and tolerance and for supporting the rules-based international system and multilateral solutions to global challenges.”

The other nations near the top of the rankings for trust and attractiveness are similarly liberal democratic: Australia, Germany, Japan and the UK.

To mark the US launch of Soft Power Superpowers and Powers of Attraction, join the British Council and partners on March 26 in Washington, DC for a panel discussion, question and answer session, and networking reception with food and wine.

Soft Power Superpowers and the Powers of Attraction

The event will include a panel discussion on current soft power trends and attitudes, featuring: