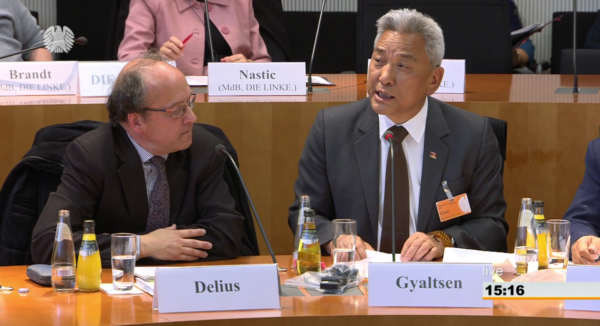 China wants to destroy the core of Tibetan identity and replace Tibetan culture and religion with a state-approved and controlled version, Kelsang Gyaltsen, the former Special Representative of His Holiness the Dalai Lama to Europe told a hearing in the German Bundestag in Berlin on May 8, 2019.

China’s ruling Communist Party rewrites history in order to justify its repression of Tibetan language and culture, according to the Tibet Policy Institute’s Karma Tenzin. 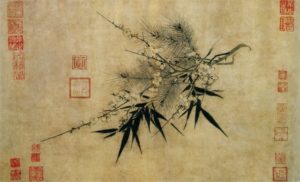 White papers published by the CCP are aimed at drawing international attention to the imposed “development works” that are carried out by the Chinese government in Tibet, he writes for Bitter Winter, a magazine on religious freedom and human rights in China. Not a single country in this world does what the Chinese government is doing, which is primarily to seek approval from the international community for their version of development in Tibet.

His Holiness the Dalai Lama considers supporters of Tibet as more pro-justice than pro-Tibet as the struggle is very much based on moral principle and commitment to nonviolence, he told the Seventh Meeting of the World Parliamentarians Convention on Tibet. He stressed that Tibet is not seeking independence but to maintain a harmonious coexistence with the Chinese people, while enjoying the rights granted under the Chinese constitution but which are still denied to the Tibetan people.

On no historical issue is the regime more vulnerable than the history of its invasion, occupation, and annexation of Tibet, argues the National Endowment for Democracy’s Carl Gershman (left). When it rejected the Dalai Lama’s Middle Way Approach, the regime said that it would not speak with His Holiness until he acknowledges that Tibet has been a part of China since antiquity, he told the convention in Riga, Latvia, this week, outlining A Strategy for the International Defense of Tibet.

“We should look for every opportunity to raise this issue and to challenge the legitimacy of China’s invasion and annexation of Tibet and its continuing denial of the Tibetan people’s right to self-determination,” Gershman added. ” It is now the job of the Tibetan movement and its supporters among parliamentarians and human rights defenders to mobilize an international campaign defending Tibetan rights and identity based on historical truth and international law.”

There are compelling reasons why it matters that Tibet was not a part of China and why Beijing’s claim should not be left unchallenged, said Michael van Walt, Executive President of Kreddha, an international, non-governmental organization for the prevention and resolution of intra-state conflict. 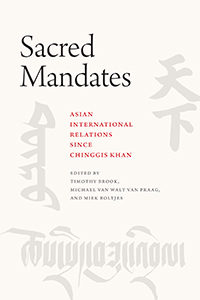 He was part of a team of over 70 leading experts on the nature of polities, their rule and inter-polity relations in historical Inner and East Asia that resulted in the publication of Sacred Mandates: Asian International Relations since Chinggis Khan, he told the convention:

That Tibet was not historically a part of China matters because it affects the legal obligations of the PRC under international law. The form of rule implemented in Tibet, the population transfer of Chinese civilians into Tibet, the PRC’s cultural and linguistic policies, as well as its responses to Tibetan resistance to the regime, are subject to legitimate international scrutiny beyond the domain of human rights because Tibet is not lawfully part of China but an occupied territory.

From a legal standpoint, Tibet never lost its statehood, van Walt has demonstrated. It declared its independence in 1912, complete with a national flag, currency, passports, and a standing army before it was invaded by the People’s Liberation Army in 1949.

“Dialogue with China must go hand in hand with a vigorous assertion of Tibetan rights,” he said. “Only if the rights are forcefully and effectively articulated and have resonance in the general consciousness as morally and legally just, historically truthful, and politically credible, does the dialogue approach have a chance.”

The former President of Botswana, Ian Khama, cited the example of how the world united to end apartheid in South Africa in calling on delegates to support the objectives of the Central Tibetan Administration (CTA) and the Tibetan people it represents.

China has at least a million — perhaps two million! — religious and ethnic minorities rounded up in concentration camps, analyst Jim Geraghty writes for National Review. Yet the Free Tibet T-shirts that were ubiquitous on college campuses in the 1990s, when debates over PNTR were especially fierce, are now nowhere to be seen. That the Uyghur cause has attracted little  interest is also par for the course.