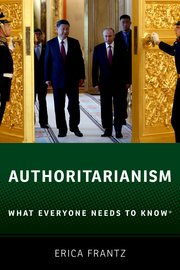 How are we to understand the resurgence of authoritarianism? What form does it now take? What responsibility do elites bear for its success? These are among the most important questions westerners confront. How we answer them will shape the world, FT analyst Martin Wolf contends.

Erica Frantz of Michigan State University sheds a bright light on the ways of contemporary authoritarians in a short book, entitled Authoritarianism: What Everyone Needs to Know. This illuminates two main points, he writes: 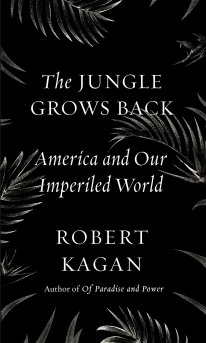 There are several reasons why authoritarianism is on the rise, says Robert Kagan, a senior fellow at the Brookings Institution and the author of The World America Made. Autocracy flourished in 2018 because when Washington pursues a so-called realist policy of global retrenchment, it looks for dictators it thinks it can rely on, he writes for Foreign Policy: 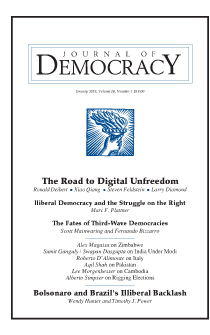 Around the world, rising populists and angry electorates are putting pressure, sometimes deliberately, on what Harvard University’s Steven Levitsky [a Journal of Democracy contributor] called democracy’s “two conflicting imperatives: majority rule and liberalism.” That contradiction “is as old as liberal democracy itself,” he told The New York Times:

As its modern form first took hold, philosophers and revolutionaries debated how to balance several lofty ambitions, of which popular rule was just one. And they fretted over how to make their new system last.

They concluded that democracy could never work as “simply the rule of public opinion,” said Nadia Urbinati, a Columbia University scholar of democracy. It would need “rules and procedures” to guard against factionalism, an abusive majority or a power-hungry leader. They converged on a system in which “elections are just one leg,” alongside a second leg of rules, rights and institutions, she said. “Without that, we don’t call it a democracy.”

Some political scientists describe populism as a pathology or malfunction of democracy, analyst Marc Champion writes for The Washington Post:

Populists say they are rescuing democracies that have been hijacked by elites. [Populism expert Cas] Mudde argues that the truth is somewhere in between, with populists pushing back against liberal forms of democracy with a majoritarian, winner-takes-all interpretation that sets back pluralism and minority rights. What’s certain is that populists stand out by insisting they alone represent the will of the people, dismissing any criticism of themselves as an attack on the people, and therefore illegitimate. That helps explain why populists, once in power, quickly bump up against democratic checks and balances — in particular the courts and media — that were designed to limit what governments can do.

Some European countries are choosing a “Russian-type of democracy” and this is the biggest challenge to the European Union, a top official at EU’s Commission told CNBC Tuesday:

According to Jyrki Katainen, vice president for jobs, growth, investment and competitiveness at the European Commission, the EU follows a liberal type of democracy, where rule of law is one of its core values. “There are new challenges coming from some of our member states, where some political leaders don’t respect liberal democracy to the same extent than before,” he said.