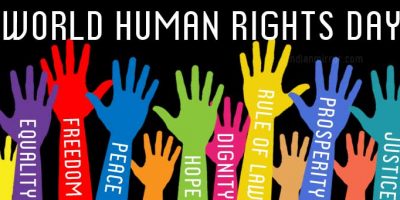 Monday December 10 is International Human Rights Day. Is the United States still the indispensable nation when it comes to advancing democracy and protecting human rights defenders?

After World War II, human rights and democratic governance made great strides around the globe, according to Florida International University’s David J. Kramer and John F. Stack, Jr. The “Second Wave” of democracy, as the late Samuel Huntington described it, followed the Allied victory in the war and the transformation of Germany, Japan, and Italy from vanquished powers into thriving democracies. The “Third Wave,” during the 1970s and 1980s, brought democratic movements to Latin America, Europe, and Asia, culminating in the fall of the Berlin Wall, the collapse of the Warsaw Pact, and, two years later, the demise of the Soviet Union, they write for The American Interest:

In 1983, with strong Congressional backing, the Reagan Administration launched the National Endowment for Democracy (NED) and its related organizations: the National Democratic Institute (NDI), the International Republican Institute (IRI), the Center for International Private Enterprise (CIPE), and the Solidarity Center. These organizations formed the core of American efforts to promote democracy around the world. Other organizations—such as Freedom House, Human Rights Watch, Human Rights First, and Amnesty International—have played a critical role, too. No other country has devoted the resources or personnel to support freedom and human rights worldwide. 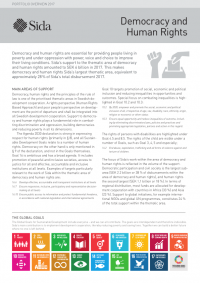 “Human rights defenders need and deserve the support of the United States and that of other democracies,” Kramer and Stack add. “American leadership, hard to envision right now, must be restored to carry on this indispensable mission.”