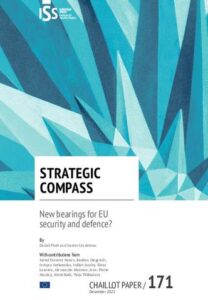 European Union foreign ministers will meet in June to assess the geopolitical impact of the war in Ukraine and to discuss a reinforced toolbox to boost democratic resilience by countering foreign interference and information manipulation, EU Activ reports.

Drawing on the EU’s new Strategic Compass for Security and Defence, they will discuss a number of measures, including reinforcing capacities in EEAS Stratcom taskforces, improving capacities to detect, collect and analyze malicious disinformation and for the member states to look into possibilities of a dedicated sanctions’ regime to counter disinformation.

With the launch of the Strategic Compass, the European Union is adding to its toolbox against hybrid threats, promising a “quantum leap” in its role as a global actor with an initiative that can be seen as a parallel to the United States’ National Security Strategy in its scope, note analysts Constantine Atlamazoglou and Jason C. Moyer.

The Strategic Compass observes that hybrid threats are growing in scale and scope, specifically from China and Russia, and creates a new Hybrid Toolbox and Response Teams, enhances the Cyber Diplomatic Toolbox and Cyber Defence Policy, Foreign Information Manipulation and Interference Toolbox, they write for The Wilson Center. It also outlines how information manipulation threatens not only Ukraine but aspiring member-states; as a response, a new toolbox being developed in coordination with the European Democracy Action Plan. In the Strategic Compass, the EU recognizes that “the armed aggression against Ukraine is showing the readiness to use the highest level of military force […] combined with hybrid tactics, cyberattacks and foreign information manipulation and interference”.

But barely three months after its launch, Russia invaded Ukraine and many of the document’s assumptions looked out of touch with the new threatening reality in Europe, notes Marcin Zaborowski, Visegrad Insight Senior Fellow.

In view of the return of power politics, characterized by increased transactionalism, fluid partnerships, the weaponization of economic interdependences, hybrid warfare and attacks on the global commons, the final document recognizes the need for an enhanced EU security and defense across a multitude of realms, say CEPS analysts Steven Blockmans, Dylan Macchiarini Crosson and Zachary Paikin. But it lacks strategic foresight, downplaying the threat posed by China to the multilateral rules-based order, they contend.

The threats of cyber-attacks, technical backdoors, and coercion or espionage resulting from one-sided dependencies in critical technologies and infrastructures are undermining political processes, economic development, and digital trust, add ECFR experts Julian Ringhof and José Ignacio Torreblanca. As the EU’s Strategic Compass notes, “[Europe’s] competitors are not shying away from using emerging and disruptive technologies to take strategic advantages.” Increasingly, the lack of sovereign control over essential technological assets and infrastructures undermines autonomous national decision-making in security and foreign policy.

When it comes to countering hybrid threats and developing capacity in areas such as cybersecurity and countering disinformation, the Compass is an ideal vehicle through which to
ensure that civilian structures are fit-for-purpose, according to a recent analysis.

Hybrid threats are changing the nature of the low-intensity environments in which EU
capacity-building missions are deployed by influencing public opinion in host countries against the EU, undermining critical infrastructure in partner countries and countering the Union’s norms related to multilateralism, democracy and rule of law. While it is likely that resilience will remain the primary task of national governments, it is worth considering what role the EU should play in assisting them during crises and shocks. 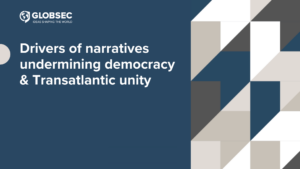 At a recent second ENGAGE webinar organized by GLOBSEC (above), analysts Benjamin Martill, Alena Kudzko and Ester Sabatino discussed how the war in Ukraine affects the Strategic Compass and whether it can give new momentum to European security.

Just as the war in Ukraine has revealed gaps in Russian military capabilities, it has also shown that the multilateral institutions at the heart of the alliance – NATO and the European Union – were not built for crisis response, notes a report from CEPA analysts Alina Polyakova, Edward Lucas, Bobo Lo, James Lamond, and Lauren Speranza. This means that in the medium term (three to seven years), Europe will need to: