The illiberal attitudes underpinning the populist upsurge in Europe are not unique to that continent, analysts suggest.

There is a striking fragility in Americans’ willingness to defend core democratic values, according to Yale University’s Matthew Graham and Milan Svolik, the author of “The Politics of Authoritarian Rule”. 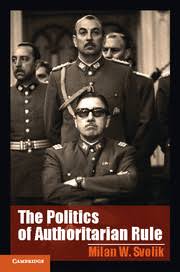 When social scientists ask respondents around the world about their attitudes toward democracy, they typically use questions such as, “Democracy may have problems but it is the best system of government; do you agree?” Americans systematically respond with some of the highest levels of support for democracy, they write for The Washington Post’s Monkey Cage blog.

“But our findings suggest that this conventional wisdom may rest on fragile foundations. Instead of asking about support for democracy directly, we inferred citizens’ commitment to democratic principles from how they told us they would actually vote,” they add.

Even the once seemingly consolidated democracies of Central Europe appear to be turning away from “Western” values of liberalism and embracing their own notion of “the real Europe,” argues Ivan Krastev, chairman of the Centre for Liberal Strategies (Bulgaria).

Following the collapse of communism, the countries in Central Europe faced both internal and external pressure to “imitate the West” by adopting many of its democratic institutions and norms, he told the National Endowment for Democracy’s International Forum for Democratic Studies. Despite the advantages this may have brought, it also has generated feelings of a loss of sovereignty and ushered in a period of growing malaise, he said in a talk drawing on his July 2018 Journal of Democracy article “Imitation and Its Discontents”.

A central challenge for the human rights movement is to reconcile its core mission with the reality that rights supporters must marshal political majorities to sustain their cause, notes James Goldston, the Director of the Open Society Justice Initiative. Rights advocacy seeks legitimacy by rooting its claims in universal principles that transcend partisan politics. But advocates cannot realize their vision of a rights-respecting world without engaging in political struggles.

A quarter century ago, when “end-of-history” optimism was all the rage, these tensions were easier to elide. Now, as one proudly illiberal ruler after another wins votes, the assumption that rights and democracy are converging has become impossible to maintain, he adds, making the case for strategic litigation:

At perhaps the most obvious level, strategic litigation has brought about material results for claimants, like shuttering a segregated Roma school in Greece; increasing enrollment in child care institutions and pre-schools in Brazil; reducing the numbers of out-of-school children in India; and securing textbooks, desks, and chairs for schools in South Africa. Even in cases which initially appeared to offer little promise, as in Argentina during and shortly after its dictatorship, legal action has provided information that generated popular pressure, leading to accountability for grave crimes. But litigation also has generated changes in law, policy and jurisprudence.

The Democratic Decay Resource (above) is designed to be a hub, resource, and platform for researchers and policymakers focused on addressing democratic decay around the world,  formally launched in October, the NED’s International Forum for Democratic Studies reports. The Resource contains seven key sections: research guides, a concept index, experts’ database, events database, teaching materials, campaigns, and links.