Sudan on Tuesday confirmed having contacts with Israel, saying the United Arab Emirates’ decision to normalize relations with Israel is “a brave and bold step”, according to its foreign ministry spokesman, Reuters reports:

In February, Israeli officials said Israel and Sudan had agreed to move towards forging normal relations for the first time during a meeting between Prime Minister Benjamin Netanyahu and Abdel Fattah al-Burhan, the head of Sudan’s military-led, transitional sovereign council, in Uganda.

“The Emirates’ move is a brave and bold step and contributes to putting the Arab world on the right track to build peace in the region and to build sustainable peace,” Sudanese Foreign Ministry spokesman Haydar Sadig told Reuters by phone on Tuesday, confirming remarks made earlier to regional media. “I cannot deny that there are contacts between Sudan and Israel,” he added.

The move is especially significant for its historical resonance, observers suggest.

Sudan hosted the landmark Arab conference after the 1967 Mideast war where eight Arab countries approved the “three no’s: no peace with Israel, no recognition of Israel and no negotiations, The Times notes. In 1993, the U.S. designated Sudan a state sponsor of terrorism (SST) for its support of a number of anti-Israel militant groups, including Hamas and Hezbollah.

So the news will be greeted as confirmation that Sudan’s transitional regime is embarking on a radically different political trajectory and is likely to aid the government’s efforts to remove Sudan from the SST list.

Protesters in cities across Sudan demanded faster implementation of long-delayed reforms Monday, the anniversary of a power-sharing agreement between civilians and the military. Large crowds in the capital, Khartoum, called for justice and peace before security forces dispersed them with tear gas, according to Agence France-Presse.

The Sudanese Professionals Association (SPA), an umbrella organisation of pro-democracy groups that spearheaded relentless protests that led to Bashir’s overthrow, said on Twitter (above) that security forces violently dispersed protesters after they demanded to meet Prime Minister Abdallah Hamdok and refused to negotiate with an envoy sent in his place, Al Jazeera adds. 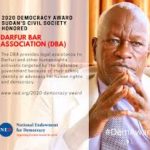 In a statement on Twitter (below), Hamdok called for reform, VOA adds.

“The state apparatus needs to be rebuilt, and the legacy of (the old regime) needs to be dismantled, and the civil service needs to be modernized and developed to become unbiased between citizens, as well as effective,” he wrote.

At least seventy-seven people were reportedly detained, Radio Dabanga reports (HT: CFR) and others injured during the protests on the first anniversary of a power-sharing deal between Sudan’s military and pro-democracy movement. Protesters’ demands included the swift formation of a legislative council and Hamdok’s personal receipt of a memorandum. 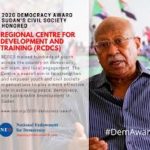 In an analysis for the Washington Institute’s Fikra Forum, Overcoming History: Sudan’s Uncertain Transition to Democracy in the Face of Military Pressure, Areig Elhag emphasizes how the Sudanese military’s attempts to consolidate power are clashing with the real changes called for by the public through recent protests and supported by Hamdok.