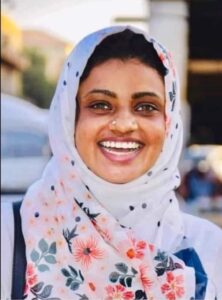 Despite a heavy-handed crackdown by Sudan’s military in the capital, Khartoum, and other cities, pro-democracy activists called today for an escalation of protests against last month’s military coup, a day after the deadliest security clampdown to date on demonstrators demanding the restoration of a civilian government, The Guardian reports.

Widespread popular opposition to last month’s coup demonstrates the public’s rejection of military dictatorship. But more generous international financial and political support is vital if the country’s democratic transition is to resume and have a chance of succeeding, argue Ishac Diwan, a professor at the École Normale Supérieure, Paris, and Ibrahim Elbadawi, a former minister of finance and economic planning of Sudan

Contrary to popular narratives, financial inflows into Sudan have remained small to date, with about $800 million pledged in 2021. As a result, total budgeted government expenditures for 2021 are a mere $2.5 billion – equivalent to roughly 7% GDP – for a population of 45 million, they write for Project Syndicate. 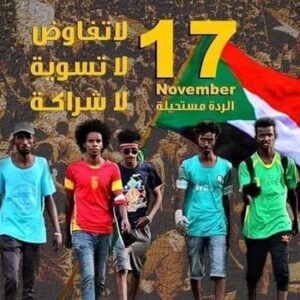 The internet blackout ongoing since October 25th has increased the risks faced by  WHRDs in Sudan and severely restricted their efforts of monitoring and documenting the violations committed by the military and security forces all over Sudan. Women’s rights groups are working under complete closure of civil space and restrictions in movement and communication. WHRDs in Sudan are facing an unprecedented crackdown as the coup leaders are targeting journalists, members of resistance committees, union leaders, lawyers, students and civil society activists.

The UN Special Rapporteur Freedom of Association said he is “deeply concerned for the safety of all arbitrarily detained, as military continue to pick up activists from homes and hospitals, denying access to families and courts.”

“State of emergency does not justify rights abuses,” Clement Voule added. “Access to detainees & due process rights must be respected.”

Sudanese civil society groups, including partners of the National Endowment for Democracy (NED), have uniformly condemned the coup and called for the fragile democratic transition process to be restored:

Military leader Gen. Abdel Fattah al-Burhan’s thin excuse that the coup was necessary to maintain stability is exposed by his refusal to transfer leadership of the joint sovereign council to civilian control—demanded by most Sudanese, adds Hala Al Karib, an activist, researcher and regional director for the Strategic Initiative for Women in the Horn of Africa.

Instead, we have seen the architects of some of the country’s most violent episodes—including Burhan’s second in command Gen. Mohamed Hamdan “Hemeti” Dagolo who oversaw brutal Janjaweed militia in Darfur—stubbornly refuse to relinquish power, knowing that a democratic Sudan would hold them accountable for their historic crimes and threaten their illicit economic networks, she writes for Newsweek.