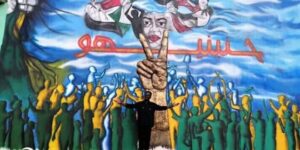 Viewed in the context of the Biden Administration’s foreign policy agenda, a democracy, human rights, and governance (DRG) strategy for Sudan could be a case study for turning democracy promotion ideals into actionable policy, according to Joseph Tucker, USIP’s senior expert for the Greater Horn of Africa.

The suspension of U.S. aid creates a rare opportunity to recalibrate to the changed context following the Oct. 25 coup, he said in expert testimony to a Senate Foreign Relations Committee February 1 hearing on Sudan’s Imperiled Transition: U.S. Policy in the Wake of the October 25th Coup. An all-of-government DRG strategy for Sudan to help restore, support, and consolidate a genuine transition could be conceptualized, implemented, and monitored by a joint USAID/Department of State/National Security Council task force:

It could also link diplomatic and political efforts with assistance programs and be informed by rolling assessments of political economy and conflict situations. Areas for mutually reinforcing international partnerships could be explored. A task force could be staffed with experts in digital communications, independent media, civil society protection, women’s political engagement, and political party and legislative development, among others. RTWT

It is indeed time for international actors to stop pulling punches on Sudan, argues Dave Peterson, Senior Director of the Africa Program of the National Endowment for Democracy and author of “Africa’s Totalitarian Temptation: The Evolution of Autocratic Regimes.” Statements are not enough. Targeted sanctions, seizure of assets, prosecution by the ICC, and material support for Sudan’s democratic movement are imperative, he wrote for Just Security.

Local and foreign sources alike believe the US stance towards Sudan remains divided and influenced by regional actors, with little teeth to support the streets’ pro-democracy movement, reports suggest.

Regional actors like Egypt, Saudi Arabia and the UAE, who have been given a free hand pretty much to do what they want in Sudan, Ethiopia, and Somalia, remain staunch proponents of Sudan’s coup-leaders, Lt.-Gen. Abdel-Fattah al Burhan and his deputy, Mohamed Hamdan Daglo (“Himmedti”) who in turn are counting on this regional support to see out any pressure for democratization from western nations. 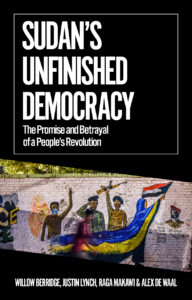 According to Tuft University’s Alex DeWaal, co-author of Sudan’s Unfinished Democracy, the U.S. has largely been on the sidelines when it comes to Sudan: distracted by fears of neighboring Ethiopia’s breakup, competing for influence with regional players, and divided internally over how to respond to Sudan’s generals.

Russia’s Africa-focused initiatives are typically concentrated on propping up an embattled incumbent or close ally: Khalifa Haftar in Libya, Faustin Archange Touadéra in the Central African Republic (CAR), and coup leaders Colonel Assimi Goïta in Mali and Lieutenant General Abdel Fattah al-Burhan in Sudan, among others, notes Joe Siegle, Director of Research at the Africa Center for Strategic Studies.

Russia has been striving to gain naval port access in the Red Sea, especially Port Sudan, he writes for Brookings. It also has longstanding ties to the Sudanese military, elements of the ousted Bashir regime, and gold trafficking networks in the west. Continuation of the military government in Khartoum provides a ready entry point for expanded Russian influence.

Africa is a ‘theater for Russia’s geostrategic interests, including promoting alternatives to democracy as a regional norm, rather than a destination itself, Joe Siegle @AfricaACSS writes for @BrookingsInst https://t.co/8Ed0mMFZWv

The Sudan Professionals Association, which played a leading role in sparking the transition, is a “powerful example” of the kind of “quotidian civil society organization” that tends to drive and sustain democratization, according to recent research.