The bloody mess that is Syria stands as Exhibit A of what is happening to global order with the retreat of American leadership, notes the Washington Post’s Jackson Diehl. In multiple miserable corners of the world, where U.S. envoys and aid would normally be helping victims, deterring malevolent actors and seeking political solutions, there is a void, he writes.

The liberal democratic order is threatened from without by the resurgence of autocratic states and illiberal non-state actors. But it is also being undermined from within by a new tribalism of identity politics which puts ‘the miracle’ of liberal-democratic capitalism at risk, says analyst Jonah Goldberg. Almost everything about modernity, progress, and enlightened society emerged in the last 300 years, he  argues in Suicide of the West: How the Rebirth of Tribalism, Populism, Nationalism, and Identity Politics Is Destroying American Democracy.

“If the last 200,000 years of humanity were one year, nearly all material progress came in the last 14 hours,” he argues. “In the West, and everywhere that followed our example, incomes rose, lifespans grew, toil lessened, energy and water became ubiquitous commodities. Virtually every objective, empirical measure that capitalism’s critics value improved with the emergence of Western liberal-democratic capitalism.”

But the core problem today is not tribalism. It’s excessive individualism, which has eaten away at our uniting faith and damaged our relationships with one another, notes David Brooks. Goldberg points out that for eons human beings were semi-hairless upright apes clumped in tribes and fighting for food. But about 300 years ago something that he calls “the Miracle” happened, he writes for the New York Times:

For thousands of years, societies divided people into permanent categories of race or caste. But, Goldberg writes, “the Miracle ushered in a philosophy that says each person is to be judged and respected on account of their own merits, not the class or caste of their ancestors.” That belief, 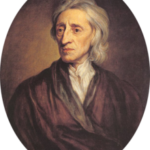 championed by John Locke (right), or a story we tell about Locke, paved the way for human equality, pluralism, democracy, capitalism and the idea that a person can have a plurality of identities and a society can contain a plurality of moral creeds. 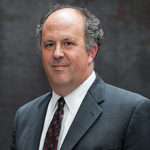 The predominance of democratic governments and the widespread embrace of democratic principles forged a world that became freer and more prosperous than ever before, Freedom House president Michael Abramowitz (left) said in a recent speech to U.S. Naval Academy, in which he listed democracy’s accomplishments:

Today’s angry political climate compels us to re-examine the meaning of democracy, argues Mark Mazower, a professor of history at Columbia University. If there is one good thing to come out of the current political uncertainty, it is that complacency about democracy will be harder to sustain in future, Let us not worry overly about how to define a fascist: there are plenty of other nasty kinds of authoritarian regimes. It is the crisis of democracy that should concern us more, he writes for the Financial Times:

We know by now what can happen when the institutions of representative government become bitterly polarised, when large swathes of the electorate lose the capacity to compromise, when power and wealth pile up in the hands of elites and when those in charge of the state give up the challenge of responding to widespread economic hardship. History is not a one-way street and democracy has turned authoritarian before.

Two current analyses – Madeleine Albright’s Fascism: A Warning and Timothy Snyder’s The Road to Unfreedom – fail to make the case that Western democracy is threatened by fascism or that Russia’s Putin is ideologically motivated, writes the Washington Post’s Christian Caryl.