A new Syrian constitution can only be achieved through an inclusive process in pursuit of a national consensus which encompasses the voices of all factions of society, according to a new report from Syrians for Truth and Justice (STJ).

The STJ and other non-governmental actors believes that any solution cannot be quickly imposing a new and permanent constitution on a society still recovering from the wounds of war, but instead by engaging in a critical, multifaceted process which accounts for diversity of opinion, adds the report, Syrian Voices for an Inclusive Constitution. 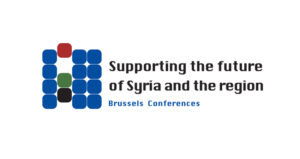 With support from the National Endowment for Democracy (NED), STJ organized consultations and documented the perspectives of over 80 Syrian civil society representatives, activists, and civilians in Northeastern and Northwestern Syria on the constitution-building process in Syria. To share the results of the consultations, STJ published five supplementary reports:

At a Brussels conference this month, civil society groups called on stakeholders to protect aid from abuse, prevent the deportation of refugees to Syria, support an inclusive peace process, systematically investigate the impact of sanctions on civilians, and prioritize Syrians’ food and water security.

The European Union External Action Service is engaged in Supporting Civic Spaces in Syria, evident in a recent initiative with the Centre for Civil Society and Democracy (CCSD). 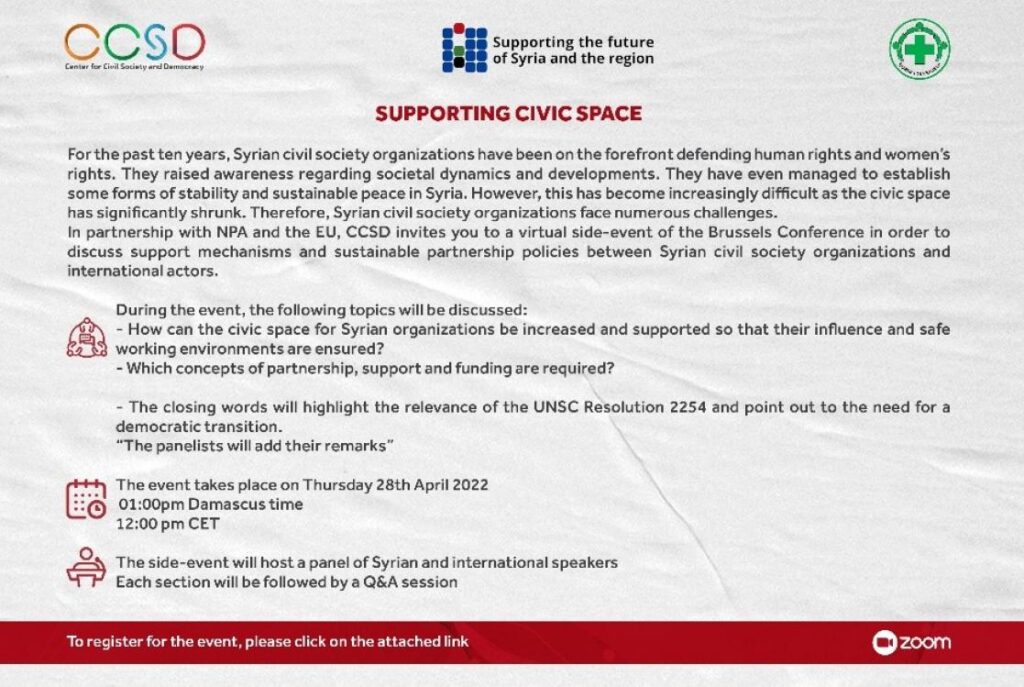