China and Russia are attempting to ingrain authoritarian values into the global cyberspace, a new analysis suggests.

Russia is also leveraging and restricting mass media and social networks to protect its interests, shielding its population from democratic temptations, and waging an information war against the West and its allies with the aim of undermining citizens’ faith in democracy, say experts Julian Ringhof and José Ignacio Torreblanca: 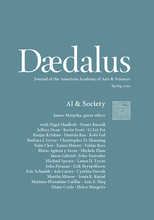 Trends in global network platforms will not just define the landscape of commercial AI, but will also shape the security environment in novel ways. International stability will hinge in large measure on whether rival states can manage the uncertainties of AI in the cyber, conventional, and nuclear realms. And the United States will need to carefully navigate its interdependencies with China while also continuing domestic reforms to bolster innovation.

Access Controlled, an analysis from the OpenNet Initiative, documents emerging trends and technologies as governments around the world seek to shape, limit, and control the Internet, the NED’s International Forum observed.

With a hybrid war raging in Europe and in cyberspace, geo-technology battles between the great powers are intensifying. To counter autocratic influence in the technology realm, the EU and US should build digital alliances and seek greater convergence with like-minded countries, and offer the global south an attractive alternative path to digital development, Ringhof and Torreblanca write for the European Council on Foreign Relations, specifically:

Democracy Paradox talks to Ronald Deibert, professor of political science at the Munk School of Global Affairs at the University of Toronto and Director of its Citizen Lab. He recently gave the National Endowment for Democracy’s 18th annual Seymour Martin Lipset lecture on “Digital Subversion: The Threat to Democracy.”

The lecture formed the basis of his article, “Subversion Inc: The Age of Private Espionage” in the most recent Journal of Democracy, it adds.