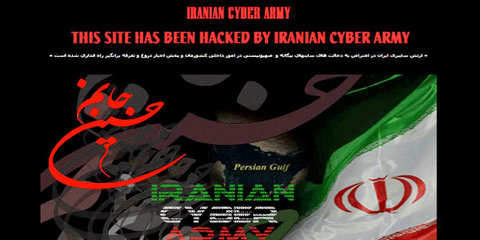 Hundreds of accounts allegedly originating in Iran and Russia were shuttered by Facebook and Twitter for “inauthentic behavior” and “coordinated manipulation,” the companies announced.

Facebook deleted 652 pages, groups, and accounts (HT:CFR) that were created as far back as 2011 and which originated in Iran, while Twitter suspended 284 accounts. Facebook accused many of the accounts, apparently linked to state media, of falsely posing as news and civil society organizations to spread political disinformation and ran at least $12,000 worth of ads on Facebook, NPR adds.

“It really shows it’s not just Russia that engages in this type of activity,” Lee Foster, an information operations analyst with FireEye, told Reuters:

“The intent behind this activity appears to be to promote Iranian political interests, including anti-Saudi, anti-Israeli, and pro-Palestinian themes, as well as to promote support for specific U.S. policies favorable to Iran, such as the U.S.-Iran nuclear deal (JCPOA),” said FireEye.

The revelations demonstrated how the production of disinformation has become a global endeavor that involves multiple governments and shadowy actors who use sophisticated methods to mask their identities and locations, The Washington Post reports. A recent report from the Oxford Internet Institute, a research lab associated with Oxford University, found active organized disinformation campaigns taking place on social media in 48 countries, up from 28 in 2017, it adds.

Renee DiResta, director of research at New Knowledge, an organization that studies disinformation campaigns, said Iran’s involvement “reinforces that this is an ongoing information war, that our social ecosystem is vulnerable to manipulation by a variety of adversaries,”  The New York Times reports:

In a statement, Senator Mark Warner, Democrat of Virginia, said, “There’s no way the problem of social media manipulation is limited to a single troll farm in St. Petersburg, and that fact is now beyond a doubt.” He added, “Iranians are now following the Kremlin’s playbook from 2016.”

Experts have for some years warned that Iran’s ‘cyber army’ is capable of crippling vital global infrastructure.

“Five years ago, I would have never imagined Iran to be where they are today,” cybersecurity expert David Kennedy, founder of information security firm TrustedSec, told Business Insider. “Iran was once considered a D-grade cyber threat. Now it’s almost on the same level as Russia or China.”

Iran has increased its cybersecurity spending 12-fold since President Hassan Rouhani assumed office in 2013, according to a report released by British technology research firm Small Media. Vowing to ramp up the country’s cyber capabilities, Rouhani has given the Islamic Revolutionary Guard Corps (IRGC) an annual cybersecurity budget of roughly $19.8 million.

FireEye has previously found ties between APT33 and the Nasr Institute – which other experts have connected to the Iranian Cyber Army, an offshoot of the Revolutionary Guards, according to Reuters.

Much of Iran’s cyber capability stems from its efforts to control dissent and monitor émigrés in the wake of protests triggered by the flawed 2009 election and emergence of the Green movement, one observer suggests:

The Basij militias (right) — the paramilitary, pro-regime forces under the direction of the IRGC — that were crucial in suppressing those protests are now a critical part of Iran’s cyber force…

One of the groups targeted by the regime’s ‘cyber army’ is Tavaana, a civic education project for Iran which engages millions of users inside Iran each week via social media, providing educational resources alongside updates on civic protests and dissident activities while also circulating info on the Iranian regime’s human rights violations.