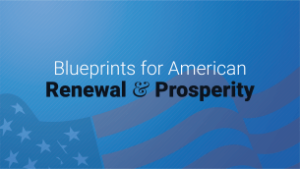 Democracies still have great influence in the international system, but the challenges to their grip on the order are mounting slipping. New forms of cooperation among powerful democracies, beyond the West, are needed if core systems are to be preserved against efforts by China and other non-democratic states to undermine them or change their character, argue Brookings analysts Bruce Jones and Adam Twardowski.

The United States should adopt a strategy of “democratic multilateralism” — seeking to advance coordination and cooperation among the democracies, but within the contours of the multilateral order. The U.S. — or another leading democracy — should establish a mechanism for tight coordination among the democratic states on both policy and funding for issues of technology, global health, and climate change, they argue in Bolstering democracies in a changing international order: The case for democratic multilateralism:

Going further, the U.S. could establish a “Partners Council on International Security,” which would operate in parallel to the U.N. Security Council and invite to this Partners Council its most important democratic allies and partners. These mechanisms would bolster multilateralism, not erode it, and they would keep open the necessary mechanisms for coordination with illiberal states on global issues. Where the democracies can narrow their differences and coordinate their policy, they will gain more than they lose.

If the United States wants now to advance the argument that democracies should have great influence on the character of international affairs, it must grapple with two key realities, Jones and Twardowski suggest:

However the effort is organized, dulling Russian and Chinese efforts to weaken the instruments of order will preserve the current basis of the democracies’ prosperity and power, they add. Combining the principles of democracy with the long-standing principle of multilateralism is the most likely trajectory through which such efforts can succeed. RTWT

Bolstering democracies in a changing international order: The case for democratic multilateralism https://t.co/XMgKyezVno via @BrookingsInst