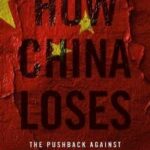 President Joe Biden may be obliged to accept that the days of US co-operation with China are waning and prepare to set about protecting the west’s democracy while there is still a chance, according to the FT’s James Kynge.

German intelligence and others report that China’s Xi Jinping pressured the World Health Organization (WHO) to delay issuing a global warning about the virus. American government security concluded that Beijing suppressed the information so it could buy up PPE and other medical supplies globally, the Toronto Sun’s David Kilgour adds: 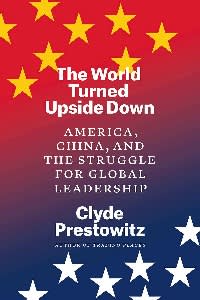 When COVID-19 emerged in Wuhan, Taiwan President Tsai Ing-wen moved quickly to screen flights from there on December 31, 2019; ban Wuhan residents on Jan. 23; institute intensive testing and contact tracing; and bar all visitors from China on Feb. 6th. If the WHO and its 194 member-nations had adapted Taiwan’s practices, many of the infections and deaths worldwide could have been avoided. ..

As Francis Fukuyama, formerly of the National Endowment for Democracy (NED), observes: “We aren’t dealing with the China of the 1990s or… 2000s, but a completely different animal that represents a clear challenge to our democratic values. We …(must) hold it at bay until … it returns to being a more normal authoritarian country, or … (more) …liberal….”, adds Kilgour.

According to Nigel Inkster, the author of The Great Decoupling: China, America and the Struggle for Technological Supremacy, “China’s emergence as a powerful modern state with a different ideology and values and a long-term strategy pursued through a centralized, state-driven all-of-nation approach has raised serious questions about how fit for purpose the western liberal democratic order is in the 21st century,” the FT’s Kynge observes in a review of The World Turned Upside Down: America, China, and the Struggle for Global Leadership, by Clyde Prestowitz; The Great Decoupling, by Nigel Inkster; and How China Loses: The Pushback against Chinese Global Ambitions, by Luke Patey. 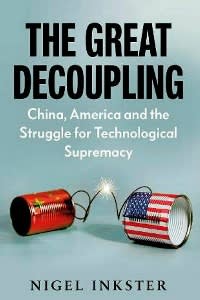 A Canadian Security Intelligence Service (CSIS) academic outreach concluded: “Under (Xi’s) leadership, the Party-state is staging a vehement attack on Western democracy and values.” One egregious example is the state of democratic governance and the rule of law today in Hong Kong, adds Kilgour, a former secretary of state for Asia-Pacific, adding that Canada’s Irwin Cotler and analyst David Matas recently proposed a number of remedies for the COVID damages caused by the government of China, including the International Court of Justice (ICJ) and the Magnitsky laws. RTWT