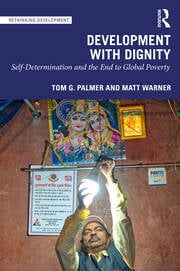 Does the messy business of democratic checks and balances, hearings and debates, judicial review and individual rights get in the way of economic development? asks Tom G. Palmer, executive vice president for international programs at Atlas Network, a partner of the National Endowment for Democracy (NED).

His recently published book with co-author and former NED Penn Kemble fellow Matt Warner, Development with Dignity: Self-determination, Localization, and the End to Poverty, put the thesis to the test again. Updating the database that Morton H. Halperin, Joseph T. Siegle, and Michael M. Weinstein assembled for their 2010 book The Democracy Advantage: How Democracies Promote Prosperity and Peace, they found—again—that there simply is no autocratic advantage. When you avoid cherry picking and examine the median GDP growth rates for all the countries for which data are available between 1960 and 2018, you find that democracies have the advantage over autocracies, Palmer adds.

Increased prosperity can only be achieved when people are valued as self-governing agents, they assert. Social orders that recognize autonomy and human dignity unleash enormous productive energy. This in turn leads to the mobilization of knowledge-sharing that is critical to innovation and localized problem-solving.

Comparing median growth rates between democracies and autocracies, they found that democracies tend to outperform autocracies overall. For lower-income countries in particular, growth in democratic polities was less volatile and steadier than autocracies, despite a few outliers such as Singapore and Rwanda. RTWT 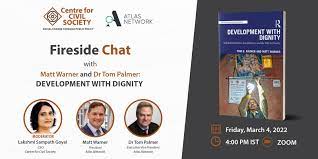