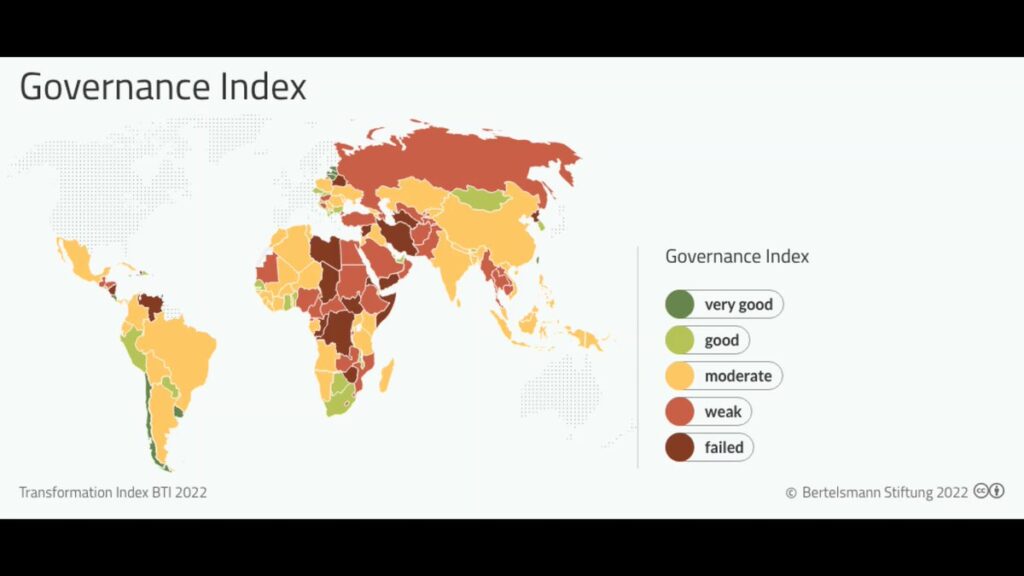 Authoritarian states have attained a majority over democracies for the first time in nearly 20 years, says the latest edition of the Bertelsmann Transformation Index (BTI). But a hard core of resilient democracies have defied turbulent trends and civil society groups are resisting  disenfranchisement.

There are 70 autocracies compared to only 67 democracies in BTI’s assessment of development in 137 transition countries, published this week. “Never before in the last twenty years have socio-economic development levels and economic performance been rated so low in the BTI,” the report states. 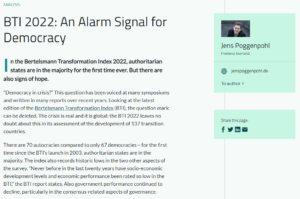 “This is the worst political transformation result we have ever measured in the 15 years of our work,” says Hauke Hartmann, BTI project manager at the Bertelsmann Foundation. He cited fewer free and fair elections, less freedom of opinion and assembly, and increasing erosion of the separation of powers.

The main drivers strengthening autocracy and eroding democratic norms are elites concerned to protect clientelist and corrupt practices, he adds. “In the majority of the 137 countries we examined, we are dealing with a political system based on pseudo-participation and an economic system that distorts competition and prevents economic and social participation.”

The report echoes the findings of the latest Freedom House survey – Freedom in the World 2022: The Global Expansion of Authoritarian Rule – which states that autocracy could replace democracy as the governance model guiding international standards of behavior. 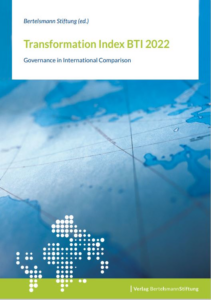 And yet: Those who are looking for signs of hope and approaches for a constructive foreign and development policy will also find them in the BTI 2022, Jens Poggenpohl writes for the Global Policy Journal: 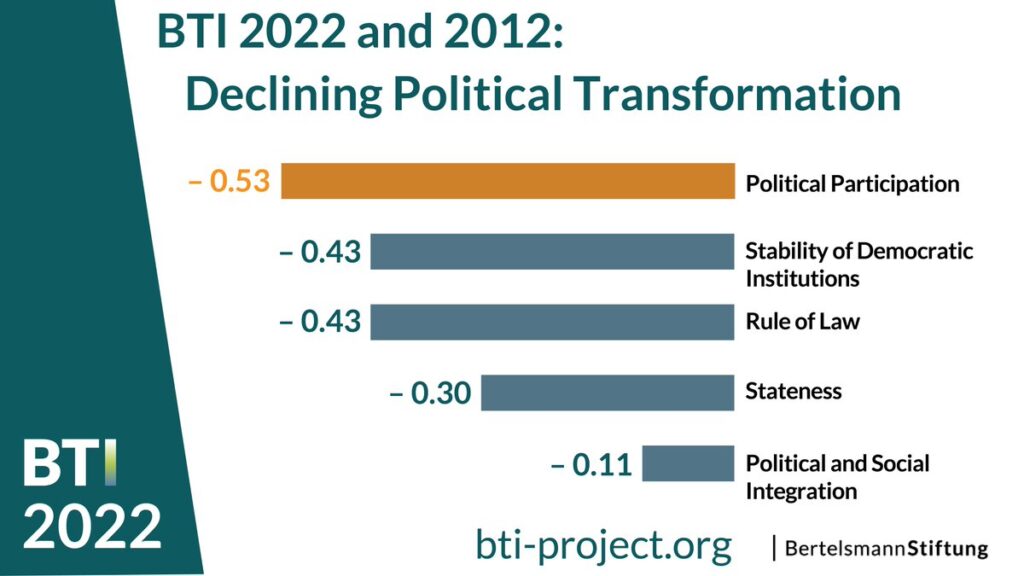