Russia has been aiming to destabilize both its “near abroad” — the former Soviet states except for the Baltics — and wider Europe through the use of ambiguous “gray zone” tactics, from propaganda and disinformation to election interference and the incitement of violence, according to a new RAND report.

Civil organizations, rather than militaries, might be best positioned to counter Russian gray zone tactics as the vast majority of such activities are not geared toward territorial gains,
but instead are routine actions that seek to enhance Russia’s influence through nonmilitary means, RAND analysts Stacie L. Pettyjohn and Becca Wasser argue in Competing in the Gray Zone: Russian Tactics and Western Responses. In short, this is primarily a social, political, and economic fight, not a military one, that is better waged by civilian agencies and nongovernmental organizations whose core competencies lay in these domains, they observe:

Our research suggests that the West is winning this competition but does not recognize it. Some seem to believe that, because the West cannot stop Russia from using everyday gray zone activities, it is therefore somehow losing, but this neglects the larger strategic situation. Russia’s gray zone tactics will persist and should be countered by hardening Western societies against propaganda and attempts to undermine democracy. However, overreaction only serves Moscow’s purposes….

The United States and Europe need to develop long-term strategies to address the underlying weaknesses in states that Russia’s gray zone tactics try to exploit and build more resilient democratic societies that will be able to fend off these actions on their own. This should include efforts to raise awareness about false news, strengthen independent journalism, improve media literacy, fight corruption, bolster the rule of law, and diversify Europe’s energy sources to reduce Moscow’s economic leverage, especially on less prosperous countries. 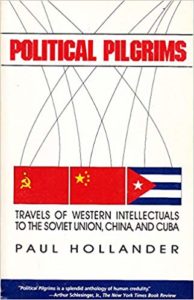 In his landmark 1981 book, Political Pilgrims: Travels of Western Intellectuals to the Soviet Union, China, and Cuba, Paul Hollander wrote of the hospitality showered on sympathetic Western visitors to the Communist world: the banquets in Moscow thrown for George Bernard Shaw, the feasts laid out for Mary McCarthy and Susan Sontag in North Vietnam, notes Anne Applebaum, a columnist for The Washington Post, a professor of practice at the London School of Economics and author of  Red Famine: Stalin’s War on Ukraine.

But his conclusion was that these performances were not the key to explaining why some Western intellectuals became enamored of communism, she writes for The Atlantic. Far more important was their estrangement and alienation from their own cultures: “Intellectuals critical of their own society proved highly susceptible to the claims put forward by the leaders and spokesmen of the societies they inspected in the course of these travels.”

But in the 21st century, we must also contend with a new phenomenon: right-wing intellectuals, now deeply critical of their own societies, who have begun paying court to right-wing dictators who dislike America. And their motives are curiously familiar, adds Applebaum, a board member of the National Endowment for Democracy (NED). RTWT

Allodaxophobia – Fear of Other Opinions From Ancient Greek ἄλλος (állos), “other”, δόξα (dóxa), “opinion” and φόβος (phóbos), “fear” or “phobia”.

This is arguably one of the Kremlin’s most enduring and fundamental phobias, notes EUvsDisinfo, which has published several articles about Russian authorities’ attempts to shut down dissent and control the media. Examples can be found here and here. And read the stories of the Russian journalists who refuse to be silenced! 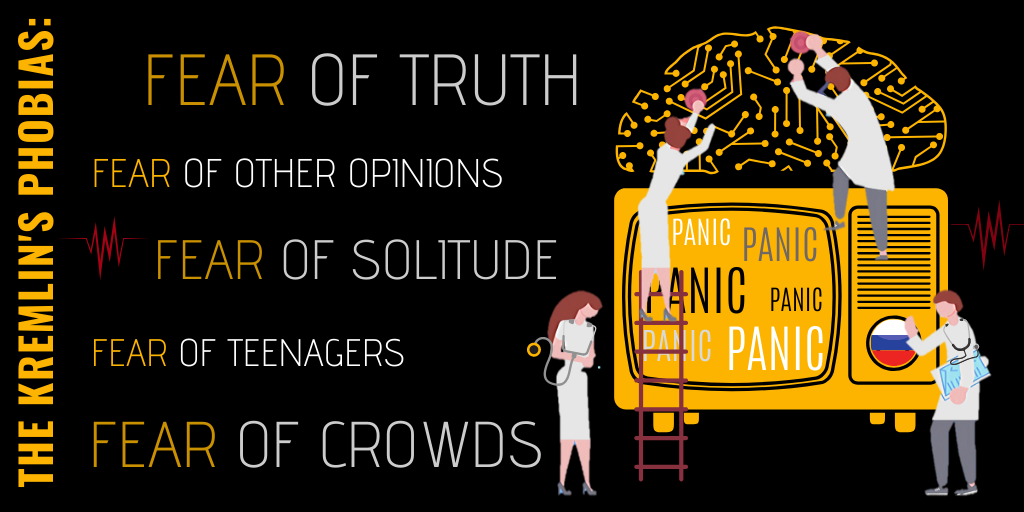