In “The Abandonment of the West”, Michael Kimmage, Professor of History at the Catholic University of America, describes how, once it was no longer protected by rivalry with the Soviet Union, the notion of “the West” fell out of favour as an ideological rallying point, The Economist notes: 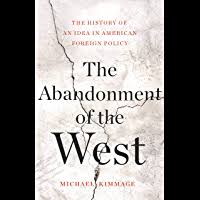 The left has increasingly regarded it as “too white, too male in its history, too elitist, too complicit in the Euro-American aggressions of less enlightened eras”. The American right likes the idea of the West’s cultural heritage, but is uncomfortable with the reality of Europe as an essential component of it, “too seemingly divorced from nationhood, too invested in the welfare state, too pacifist, too secular”.

As China and Russia challenge democracy and the canon of Enlightenment texts disappears from university reading lists, Mr Kimmage says, the idea of the West is not just wavering; it may be doomed. 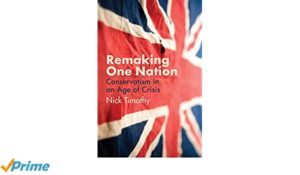 Nick Timothy’s new book, “Remaking One Nation: The Future of Conservatism”, doesn’t pull its punches when it comes to his thoughts on how powerful economic and sociological drivers will force change in our politics. Although written before the Coronavirus pandemic, its analysis of geopolitical shifts, cultural change and economic uncertainty is tailor-made for consideration during the current crisis, the Henry Jackson Society adds.

In a recent essay for the New Statesman, Timothy suggests that our international outlook will have to change in response to the centrifugal forces driving us apart, and that liberal ideology will need to be replaced by a conservative and pragmatic approach to international affairs and governance. In particular, he cites the end of Western hegemony and the need to respect the different values and interests now prominent in the world.

To debate this idea, the Henry Jackson Society is pleased to invite you to join Nick Timothy as engages with former Labour MP Gisela Stuart, Chair of Wilton Park, the Foreign & Commonwealth Office’s executive agency for strategic discussion. 17:00-18:00. Tuesday 14th April 2020. Please register at ZOOM. You will receive virtual login details once your attendance has been confirmed. 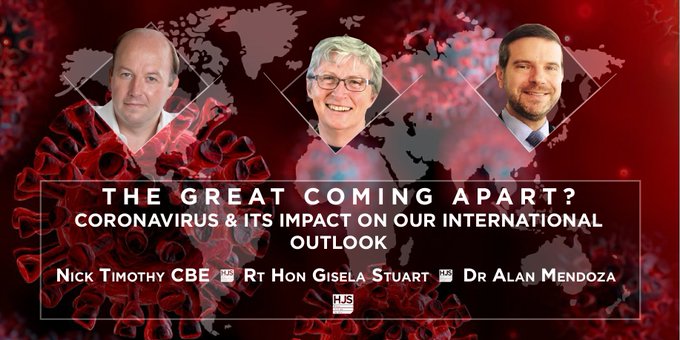