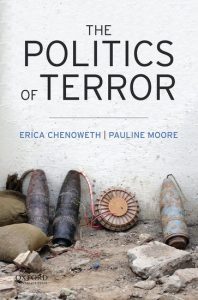 Many scholars of terrorism see worrying similarities between the rise of the Islamic State and that of white nationalist terrorism, seen most recently in the carnage in El Paso, Tex. And they are growing more notable with each new attack, The New York Times reports:

Experts say that the similarities are far from a coincidence. White nationalist terrorism is following a progression eerily similar to that of jihadism under the leadership of the Islamic State, in ways that do much to explain why the attacks have suddenly grown so frequent and deadly.

In both, there is the apocalyptic ideology that predicts — and promises to hasten — a civilizational conflict that will consume the world. There is theatrical, indiscriminate violence that will supposedly bring about this final battle, but often does little more than grant the killer a brief flash of empowerment and win attention for the cause.

“The parallels are stunning,” said Will McCants, a prominent expert and author of a book on ISIS. “I think a lot of people working on online extremism saw this coming,” said J.M. Berger, author of the book “Extremism,” and a fellow with VOX-Pol, a group that studies online extremism, referring to the similarities between white nationalism and the Islamic State.

Countering terrorism is about winning the war of ideas, according to Erica Chenoweth and Pauline Moore, authors of The Politics of Terror. In countering ISIS, a narrative against the popular and false ideas of ISIS could counter its influence among potential recruits, they contend.