Internet censorship isn’t new. For years, authoritarian regimes like North Korea and Russia have aggressively controlled internet access. In the most infamous case, China’s Great Firewall has blocked its users from reaching the rest of the online world since the late 1990s, writes Tony Wright of Further, the UK-based digital marketing consultancy.

In more democratic societies, we take internet freedom for granted, but now even EU countries are making moves to restrict the way we use the web. Recently, government plans to introduce controversial new legislation in both the UK and Austria have caused considerable concern, and been met with widespread opposition.

So what is going on? Here, we take a look at some of the new legislative changes taking place, the arguments that surround them, and why it is highly likely that new laws will be ineffective.

What has been proposed?

The rationale behind the restriction is to protect children by preventing them from accessing adult content. The policy has been heavily criticised though, and many digital experts have warned that it is doomed to failure.

In a similarly controversial move, the Austrian government recently announced plans to ban online anonymity. Draft legislation will force citizens to provide websites with their real name and address before being able to comment or participate in online discussions. The intention of the law is to prevent online harassment or bullying, where users are able to hide behind an assumed identity. Critics, however, have widely condemned the bill as flawed.

In both cases, the main argument in favour of restrictions revolves around protecting vulnerable parties. Proponents contend that the online space should be subject to the same laws and standards as the offline world. While it’s unlikely that anyone would disagree with this motive, the laws and their planned implementation raise multiple concerns. 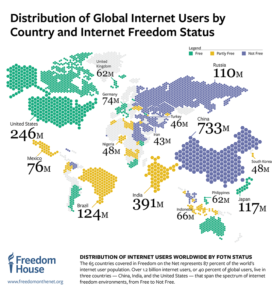 One of the biggest worries is the risk to data privacy. With users being forced to submit personal data like ID and address details to commercial websites, the implications of a security breach are huge. For users of adult entertainment sites, for instance, a database containing the names, addresses, email addresses, and potentially the credit card details and sexual preferences of millions of visitors would surely be a target for hackers.

In 2015, this nightmare scenario played out when a cyber attack and subsequent data leak of over 30 million records on the online dating website Ashley Madison resulted in shame, divorce, and even suicide, not to mention a hefty financial compensation bill.

A further objection to the proposed changes is that not all websites will be affected. Austria’s anonymity ban applies only to websites with over 100,000 registered users, or more than €500,000 in annual income. Reports that certain extremist websites are being left out seems to allow greater freedom of speech for individuals on one side of the political spectrum than others.

In the UK, websites where explicit material makes up less than one-third of content will be exempt from the age verification requirements. This raises the question as to how effective the restrictions will actually be.

Why the legislation is fatally flawed

One of the most fundamental flaws in the planned changes is that they will be incredibly easy to bypass. Simple use of a VPN will allow citizens of the affected countries to connect to websites via servers located in different, unrestricted locations. This will provide access to all of the same content, but without any of the ID or address requirements.

A similar situation occurred in India last year when the high court banned over 800 pornographic websites. Immediately following the ban, Google searches for VPNs exploded and have since remained higher than normal.

Another way to circumvent the controls is using the anonymous Tor network and browser, though there are risks associated with this platform. Governments know that Tor is used to access the dark web, and so despite its ability to act as an anonymising tool, it can be at higher risk of surveillance attempts than ordinary consumer sites and applications.

Either way, critics agree that if people  are determined to access certain content, they will find a way.

Whether or not the Austrian and UK laws are implemented, it is clear that the internet is a changing landscape. Democratic governments are increasingly looking for ways to police content, and thereby restrict internet freedom. However, users’ ability to circumvent controls means that legislative changes that threaten a free, open internet are ultimately doomed to failure.