In both Iraq and Lebanon’s unfolding protests, people’s demands for accountable governance, economic relief and an end to corruption stand at odds with identity-based sectarian solidarity, argues Bassel F. Salloukh, an associate professor of political science at the Lebanese American University in Beirut. Will economically motivated protests calling for the fall of the sectarian regime incentivize Iraqi or Lebanese politicians to actually reform? he asks in the Washington Post. 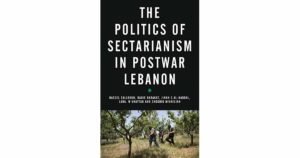 With regard to political changes [in Lebanon], the resignation of the government and the formation of a transitory government that holds new elections and implements drastic reforms are a possible scenario, argues Lydia Assouad, El-erian fellow at the Carnegie Middle East Center. Yet it is still unclear who would belong to such a government and what specific steps would be taken for a political transition. Technocrats or civil society representatives, as well as members of independent parties in previous elections, are likely to receive popular support, she writes for Diwan.

In both Iraq and Lebanon, the people are rebelling against the socioeconomic violence and personal indignation produced by the sectarian order. They are searching for a better future beyond sectarian identities and solidarities, adds Salloukh, co-author of “The Politics of Sectarianism in Postwar Lebanon,” and “Beyond the Arab Spring: Authoritarianism and Democratization in the Arab World.”