The greatest risk to pluralism is in young democracies where checks and balances are not yet robust, the Economist reports.

The weakening of a rules-based international order seemed inconceivable to Chrystia Freeland in the ’80s and ’90s when she studied and worked as a reporter in the USSR and what later became independent Ukraine and Russia. 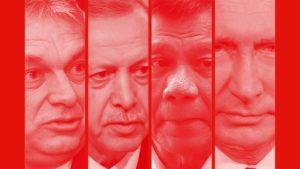 “It was a euphoric moment, one in which it was tempting to imagine that liberal democracy was inevitable and invulnerable,” she notes. But now…..”The truth is that authoritarianism is on the march. It’s time for liberal democracy to fight back. To do that, we need to raise our game,” argues Foreign Policy’s Diplomat of the Year Freeland (above).

Admitting our mistakes does not discredit us. On the contrary, it is one of the things that makes us who we are. Authoritarianism is seen as a more efficient way of getting things done, Canada’s foreign minister writes for Foreign Policy: 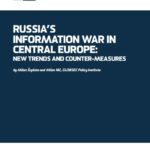 We need to resist this corrosive nonsense. We need to summon Yeats’s oft-cited passionate intensity in the fight for liberal democracy and the international rules-based order that supports it…… It means resisting foreign efforts to hijack our democracies through cyber meddling and propaganda. It means outshining the other models and encouraging those who are on the fence. It means governing with integrity.

In the past, U.S. presidents believed the United States had a stake in upholding the liberal world order, even if it meant abiding by or paying lip service to international rules and institutions to provide reassurance, argues Robert Kagan, a senior fellow at the Brookings Institution. After 1945, the United States chose to take a broad, “enlightened” view of its interests, he writes for the Washington Post: 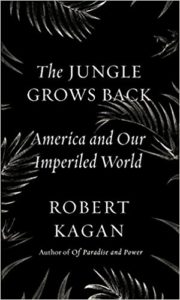 It built and defended a world order premised on the idea that Americans would be safe only if democratic and liberal values were safe. It regarded its interests and ideals as intimately bound together, its democratic alliances as permanent…. The alternative was a return to the great-power clashes of the past from which the United States could never hope to remain uninvolved.

To avoid a world of war and chaos, the United States was, up to a point, willing to play Gulliver tied down by the Lilliputians’ ropes, in the interest of reassuring and binding the democratic community together, adds Kagan, the author of the forthcoming book “The Jungle Grows Back: America and Our Imperiled World.”

The end of democracy or just a mid-life crisis? Is the question posed by the Toronto Star’s Alex Good.

“Mature, Western democracy is over the hill…Its prime is past,” David Runciman concludes in How Democracy Ends.

“Contemporary representative democracy is tired, vindictive, paranoid, self-deceiving, clumsy and frequently ineffectual,” he contends. “Much of the time it is living on past glories. This sorry state of affairs reflects what we have become.”

The shift in power and resources associated with the Rise of the Rest leaves the world’s liberal democracies with a dilemma. How shall we behave in a world we no longer dominate? Freeland (right) asks. Rather than giving give up on a rules-based international order, the answer “lies in doubling down on a renewed rules-based international order. It lies in working alongside traditional allies like Canada and alongside all the younger democracies around the world.”