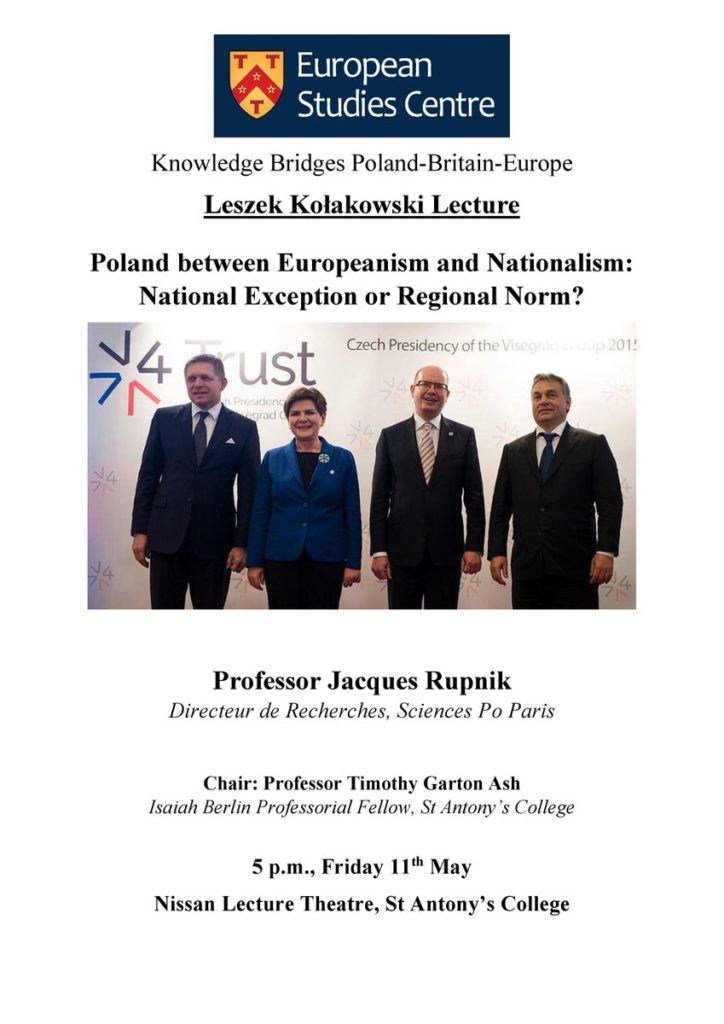 Central Europe is going backwards, with populism, nationalism and “illiberal democracy” on the rise. That is the consensus among many opinion leaders in Western Europe and North America, notes CEPA’s Edward Lucas:

They look at the Hungarian leadership of Victor Orbán, who in July 2014 explicitly espoused what he called “illiberal democracy.” They hear echoes in Poland and smell something similar afoot in the Czech Republic, Slovakia, Slovenia, and Croatia. They are alarmed, disappointed, and cross.

This view was outlined by Prague-born French scholar Jacques Rupnik (right- a contributor to the National Endowment for Democracy’s Journal of Democracy), delivering the annual Leszek Kołakowski lecture, who suggested that whatever tide is flowing through central Europe is not confined to the region, nor can it be attributed to the decades spent under communism, Lucas adds

“The most readily identifiable threats to democracy in the U.S. and Europe today come from … ethno-nationalist politics featuring varying degrees of conservative populism,” argues David Runciman, a professor of politics at Cambridge University. His new book, “How Democracy Ends,” depicts what the title suggests, but perhaps not in the way many might expect. Instead of cataclysm, Runciman envisions political senescence, notes Bloomberg’s Francis Wilkinson.

“Powerful, internationally minded elites have always tried to float free of the petty concerns of ordinary voters,” Runciman contends. “Democratic politics has shown that it can rise to this challenge: Monopolies can be broken up, racist paranoia can be resisted, populist anger does dissipate. But we still need to ask whether this time might be different.”

But the past is not necessarily prologue, he suggests.

“[W]e should be wary of treating political phenomena that look and sound like what we’ve seen in the past as evidence that we are encountering the same risks that we ran in the past,” Runciman adds. RTWT