President Biden has gone farther, faster in supporting protests in Iran than Barack Obama did in 2009 and promises even more to help demonstrators and punish the regime, the Washington Post reports.

The most significant support the U.S. administration has provided to protesters thus far has been easing restrictions on the export of software and hardware to make it easier for Iranians to communicate with each other and the outside world, AP adds.

Karim Sadjadpour, an Iran expert at the Carnegie Endowment for International Peace, said it’s time for the administration to think bigger. 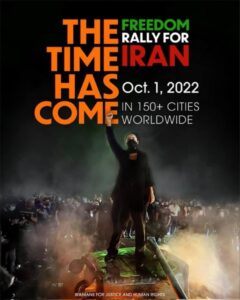 Oscar-winning actors Marion Cotillard and Juliette Binoche, as well as other French stars of screen and music, filmed themselves chopping off locks of their hair in a video posted on Wednesday in support of protesters in Iran (above).

In The Atlantic, Roya Hakakian argues that these protests are unlike some past uprisings against Iran’s patriarchal Islamic regime:

The affluent residents of north Tehran have come out alongside the poor ones from the city’s south side. The youth are there—and so are their parents, even their grandparents. The metropolitan people are out, and so are the small-town folk.

The women of Iran are at the forefront—they who have most consistently resisted the regime’s tyranny and persisted in rebutting the myth that the hijab is an Iranian tradition. The sight of all the men at their side is a sign of the near-universal disdain for the regime’s official misogyny. With the risks these citizens are taking and the sacrifices they are making, they are proving that if any tradition needs defending 24 hours a day by armed men who have to beat people to embrace it, then it deserves to perish. 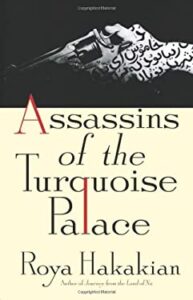 “In 1979, when women were demonstrating against the threat of hijab, they were alone,”  Hakakian, who lived through the Iranian revolution as a teenager, told Bret Stephens. “Now the tide has dramatically changed. Men recognize women’s leadership and are at their side. It’s clear that these demonstrators have forged a collective identity that is contrary to the identity of the regime. They counter the regime’s misogyny with unprecedented egalitarianism.”

“Iran, in fact, is showing that it’s a tinderbox and people are coming out on social justice issues, issues of equality, making it very clear that the covenant of the revolution that held together the Islamic Republic is being broken, that the social contract is failed,” she told the FT’s Gideon Rachman. “So these are very damaging cleavages and statistics and really showcasing the legitimacy challenges ahead for the leadership.” 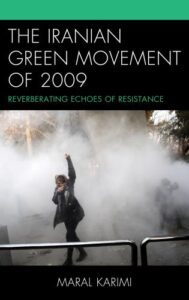 The protests have acquired considerable velocity, audacity and breadth, having spread to some 80 cities and attracted support beyond the urban educated middle classes that were the backbone of the Green Movement.

“This generation specifically was born and raised in this regime, and they’ve done anything and everything to indoctrinate them within the ideology of the regime — and that hasn’t happened,” said Maral Karimi, author of The Iranian Green Movement of 2009: Reverberating Echoes of Resistance. “From the forces of repression, we can see that [the regime is] quite scared, and they should be,” she told The Current’s Matt Galloway.

Karimi said the initial protesters have been mainly young, middle class and based in urban areas, but other social-economic and ethnic groups are becoming involved, showing that it “has the potential to be all encompassing.”

While some observers say “the genie can’t be put back in the bottle” as the regime has nothing to offer the young demonstrators, others suggest that protests in themselves do not generate political change.

The Carnegie Endowment’s Sadjadpour said it will be important to see if other groups follow suit, “namely the merchant classes, the bazaars, oil workers.” He said he will be watching for “fissures” among the ruling regime. “To actually change an authoritarian regime, it doesn’t only require popular unrest and pressure from below, but you also need divisions at the top,” he said. 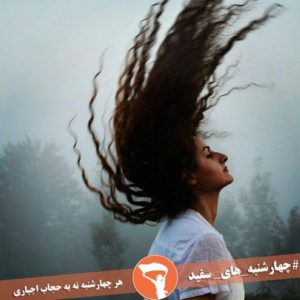 “I do think that there is a desire for wholesale change in Iran, but we’re dealing with a very brutal regime which doesn’t have any option B,” said Sadjadpour. “The Islamic Republic of Iran is one of the most isolated countries in the world, and I think for the leadership, they may feel that it’s either rule or die.”

The resurgence of women’s fight against the mandatory hijab—and its highly original, modern, and subversive form—started in June 2014, when the courageous pro-reform journalist Masih Alinejad (right) took a selfie without a veil, her hair flying in the wind, and posted it on her Facebook page, notes Ladan Boroumand, a historian and the cofounder of the Abdorrahman Boroumand Center for Human Rights in Iran. After posting the photograph, Alinejad told her:

I received messages from Iranian women saying: Don’t publish these pictures because we envy you. Soon after I published another picture of myself driving in my hometown in Iran, again without a scarf. And I said to Iranian women: I bet you can do the same. Many of them started to send me their photos without hijab, so I created a page called My Stealthy Freedom (MSF).

What began as a private act eventually became a political statement, she writes for the Journal of Democracy.

“Over time, I do think that the system will make compromises within the social realm and provide them with greater freedoms, but it might not be immediate,” says Vakil:

And I think over the long run, where I am optimistic, there is still civil society in Iran because for a while I was worried that it had been fully driven out. And secondly, I am just very impressed by the resilience and the determination of this young generation. You know, they’ve grown up in the Islamic Republic and they are the ones that are living and breathing in the Islamic Republic. And the fact that they’re pushing back and showing their resilience, I think, is a foreshadowing for perhaps better days to come when they build stronger bonds and develop organisational capacity and leadership and perhaps define what their broader objectives are.