One of the great achievements of the U.S. and its allies was crafting a world system in which liberal democracy is regarded as the sole form of legitimate government, notes analyst Michael Schuman. As a proud autocrat, China’s Xi Jinping can never fit into this democrats’ global order. And so he has adopted a different ambition — not merely to play a bigger role on the global stage, but to change the stage itself, he writes for POLITICO.

“The willingness of China to abide by international rules and processes for these investments has been secondary to its interest of shaping norms for its favor,” noted development policy expert Kristen Cordell in a 2020 report. 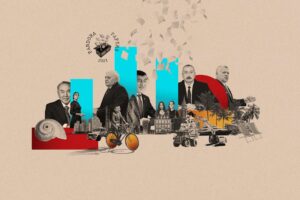 The release of the Pandora Papers confirms that authoritarians like China and Russia have proved especially adept at strategically deploying corruption, exploiting free markets to enrich themselves and threaten democracies, adds Andrew Marshall, senior vice president for engagement at the Atlantic Council. The forthcoming Summit for Democracy should consider ways in which coordination between democracies can counter such weaponized corruption.

As Biden put it at a 2018 democracy summit in Denmark, “Corrupt money is the preferred tool of authoritarian regimes seeking to undercut democratic governance across the board—especially in fledgling democracies that lack robust institutions to defend the rule of law.”

“Likeminded allies and partners should rebuild domestic support for democracy, free markets, global engagement, and a rules-based system,” said a recent report from the Atlantic Council’s Scowcroft Center for Strategy and Security.

“These have been among their greatest sources of strength, but…there is a growing lack of confidence in the West,” it added. “Western governments need to place these priorities front and center in their foreign policies and to bring their publics along with them.”

The notion of a ‘D10’ grouping of democracies “ideologically committed to combating the march of authoritarian states” has also gained traction.

A recent taskforce from the Alliance for Securing Democracy (ASD) proposed to develop the D10—the G7 countries plus Australia, India, and South Korea—into a leading forum for political, economic, and strategic collaboration. Such an institution would provide new opportunities for cooperation on governance, rule-of-law, and other key issues on which democracies have critical shared interests, writes ASD analyst Nathan Kohlenberg.

In response to its strategic retreat from Afghanistan, the United States must work more closely with countries in key regions that are committed to Western alliances. In particular, it can increase the capacity of NATO allies and partners to defend themselves from Russian and Chinese aggression, says Janusz Bugajski, a senior fellow at the Jamestown Foundation in Washington, D.C., and author of the upcoming book, “Failed State: Planning for Russia’s Rupture.”

In the contested Black Sea region spanning Europe and Asia, a key partner country is Georgia, which just completed local elections. Georgia is in the crosshairs of Russian anti-Western and anti-democracy offensives in the Black Sea region that also encompasses Ukraine and Moldova and are designed to disqualify these countries from joining Western institutions, he writes for the Hill. 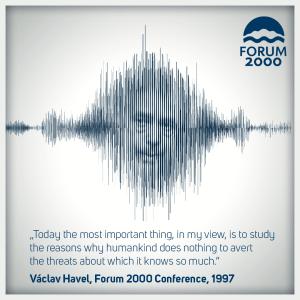 If democracy is to survive, cooperation and mutual support, as well as trust and effective conflict-resolution mechanisms among democratic actors on the global scale will be crucial, Forum 2000 adds. How to make sure that values of freedom and democracy remain strong and lasting in these complicated times? What steps should we take to form a resilient and effective global coalition for democracy?

These questions will be addressed by a panel at next week’s Forum 2000 – What Now? Building Back Democratically (above):

FORMING A GLOBAL COALITION FOR DEMOCRACY

What does Xi want? https://t.co/3lQiu6rDWu