“As significant as social manipulation efforts have already been, the United States and other democracies have only glimpsed the tip of the iceberg of what these approaches may someday
be able to achieve,” according to The Emerging Risk of Virtual Societal Warfare: Social Manipulation in a Changing Information Environment. 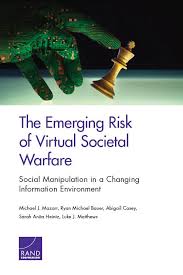 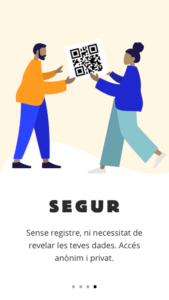 A source with knowledge of Tsunami Democràtic, speaking to TechCrunch on condition of anonymity, told us that “high level developers” located all around the world are involved in the effort, divvying up coding tasks as per any large scale IT project and leveraging open source resources (such as the RetroShare node-based networking platform) to channel grassroots support for independence into a resilient campaign network that can’t be stopped by the arrest of a few leaders. Additional waves of protest are being planned and programmed via a bespoke Tsunami Democràtic app that was also released this week.

Cybersecurity remains a critical and pressing issue in Ukraine and worldwide as cyberattacks on public and private institutions become more sophisticated, the International Foundation for Electoral Systems (IFES) adds. Civil society groups are especially at risk of cyberattacks because the populations with whom they work are less likely to know international best practices of cybersecurity. Which is why IFES and the Central Election Commission of Ukraine have developed cyber-hygiene awareness training. RTWT

Stung by Kremlin interference in elections, governments have made progress in investigating past intrusions, counteracting ongoing influence, and preparing for future malign operations, the Atlantic Council adds. However, even as Western democracies work to construct responses and build resilience, the Kremlin and other state and non-state actors continue to develop new tools to spread false narratives and manipulate the political discourse.

The Atlantic Council hosts the third annual Global Forum on Strategic Communications (StratCom 2019) in Washington, DC on October 23-24, 2019. the event provides an opportunity for analysts and activists to learn best practices, share innovations, and engage with the policy community in order to counter bad actors seeking to influence and destabilize democratic institutions through disinformation.

Panelists at a recent Council on Foreign Relations forum (above) discussed “Stemming the Tide of Global Disinformation,” specifically, the extent of disinformation, its impact on democracy, and what can be done to prevent, mitigate, and stop its spread.