Nearly four times as many Sunni Islamic militants are operating around the world today as on Sept. 11, 2001, despite nearly two decades of American-led campaigns to combat Al Qaeda and the Islamic State, a new independent study concludes. That amounts to as many as 230,000 Salafi jihadist fighters in nearly 70 countries, with the largest numbers in Syria, Afghanistan and Pakistan, according to The Evolution of the Salafi-Jihadist Threat: Current and Future Challenges from the Islamic State, Al-Qaeda, and Other Groups, a study by the Center for Strategic and International Studies, The New York Times reports:

The report’s conclusions, drawing on multiple databases dating to 1980 to compile one of the most extensive studies of its kind, underscore the resiliency of these terrorist groups, and the policy failures by the United States and its allies in responding. The findings also highlight the continuing potency of the groups’ ideology and social-media branding in raising money and attracting new recruits as they pivot from battlefield defeats in strongholds like Iraq and Syria to direct guerrilla-style attacks there and in other hot spots. 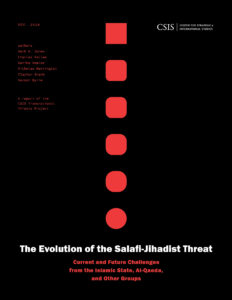 “Some of these groups do want to target Americans overseas and at home, particularly the Islamic State and Al Qaeda,” said Seth G. Jones, the director of the CSIS Transnational Threats Project, and one of the report’s six authors, with Charles Vallee, Danika Newlee, Nicholas Harrington, Clayton Sharb and Hannah Byrne. “All this indicates that terrorism is alive and well, and that Americans should be concerned.”

“More broadly, technological developments have helped to improve terrorist operations and tactics, supporting what MIT professor Eric von Hippel called ‘democratizing innovation’,” the report adds. “Groups and networks have innovated—and will likely continue to innovate—because of the improving quality of computer software and hardware, commercial technology, better access to easy-to-use tools, and information from the Internet and other sources.” 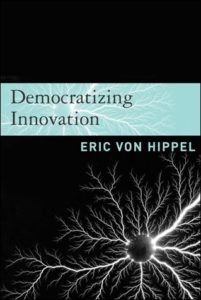 “Perhaps the most important component of Western policy should be helping regimes that are facing terrorism improve governance and deal more effectively with economic, sectarian and other grievances,” the 71-page CSIS study concluded.

Over the past decade, higher-quality liberal democracies experienced fewer terrorist attacks than other regime types, and experienced fewer fatalities connected with these attacks, said Carl Gershman, president of the National Endowment for Democracy. When it comes to combatting terrorism, there is a “Democracy Advantage,” he told the International Center for Terrorism Studies at the Potomac Institute for Policy Studies (above), citing a January 2018 article in the Journal of Democracy by Amichai Magen, an Israeli political scientist at Herzliya’s International Institute for Counter-Terrorism, challenging the assumption that de­mocracy’s openness makes it vulnerable to terrorism.

Data from the Global Terrorism Database show that higher quality democracies were less prone to terrorist attacks than all other regime types, Magen wrote in “Fighting Terrorism: The Democracy Advantage.” Political openness and the protection of civil liberties allow grievances to be peacefully and publicly expressed and redressed, Magen contends, while responsiveness to citizens’ desire for physical safety also generates higher rates of life-saving investments in intelligence, infrastructure protection, first responders, social resilience, and specialized medical care. Against the background of a surge in global terrorism, such measures reduce the incidence of terrorist attacks and make them less deadly when they occur. Magen argues that “…a consolidated, high-quality democracy is increasingly proving to be the best counter-terrorism organization known to human­ity,” Gershman said. 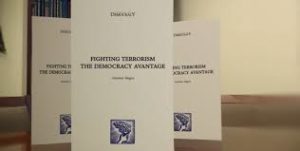 The US identifies the ideology behind al Qaeda and the Islamic State as a source of strength for the groups and particularly as a recruiting tool, Katherine Zimmerman writes in Terrorism, Tactics, and Transformation: The West vs The Salafi-Jihadi Movement, a new report from AEI’s Critical Threats project.

“Salafi-jihadi ideology coheres a global movement by creating a unity of purpose among geographically disparate and organizationally distinct groups and individuals,” she observes. “The ideology defines a shared global outcome for its followers: the destruction of Muslim societies today through the use of force and the reification of its vision of a true Islamic society.”

Counter-terrorism programs have “sought to disrupt and discredit these messages, as well as to equip partners to do the same, through counter-radicalization and countering violent extremism programs, though the effectiveness of these government programs is not clear,” Zimmerman adds. “The programs have ranged from theater-level efforts to promote democracy or the responsiveness of governments to grievances to hyper-local programs focused on specific imams.” 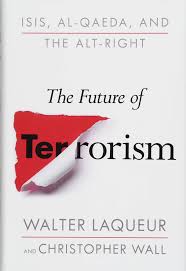 “The good news is that there has not been an attack anywhere near the scale of 9/11 in the U.S. since that day, a significant achievement,” the center said. “The bad news is that the ideology that leads someone to fly a plane into a building or drive a car into a crowded sidewalk seems to have metastasized.”

“Moreover, many of the conflicts that comprise America’s global counterterrorism campaign have a fiercely local component to them, meaning there is little that a Western country and its military can actually do to impact 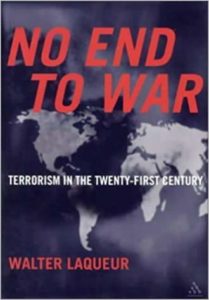 events on the ground for a sustained period of time,” the reports adds.

Last week, Brown University’s Watson Institute for International and Public Affairs released its Costs of War study, which calculated that the U.S. will have spent $5.9 trillion on global counterterrorism activities by October 2019, The Times adds.

“Americans should understand that terrorism won’t end,” the report concluded, “even though the terrorism threat may ebb and flow.”