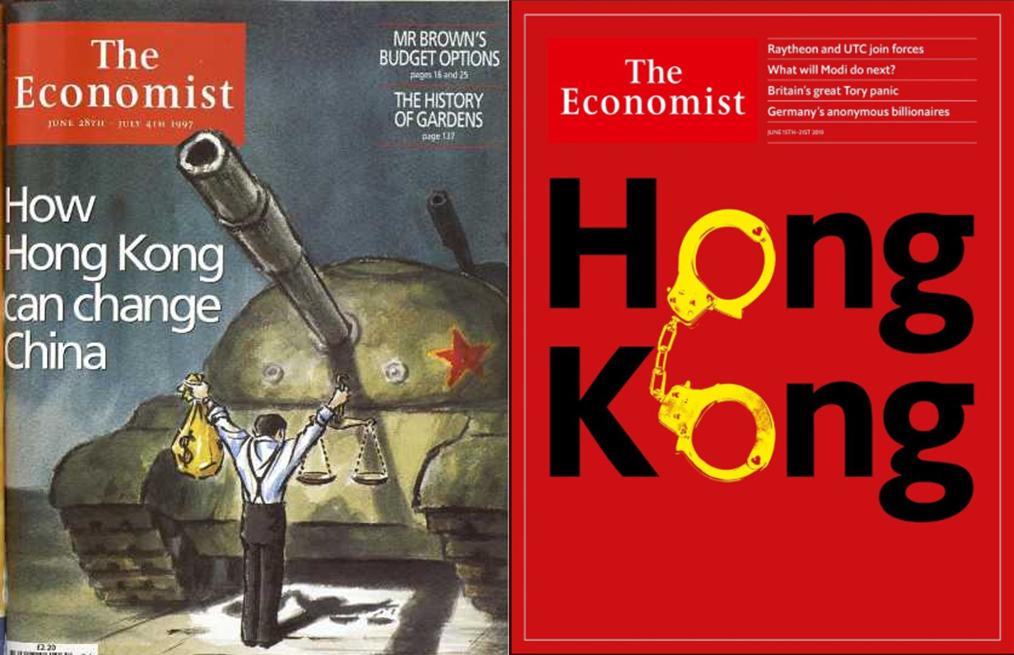 Only a fool would predict a happy ending to the Hong Kong story, but it is also foolish to assume that history will follow a predictable course, notes Jeffrey Wasserstrom, who teaches Chinese history at the University of California at Irvine. And just as Adam Michnik’s most famous statement in Letters From Prison was that Poles should practice acting “as if they were free” even while living in an unfree land, there is much to be said for the people of Hong Kong now acting, despite all the logical reasons to feel hopeless, as if there is hope, he writes for The Atlantic.

Long before this week’s mass protests in Hong Kong, skeptics began to doubt that China would stick to its principle, which had helped unite the former British colony and mainland China: “One country, two systems” — an agreement that had always included the justice system, The Washington Post reports:

Optimists maintained that economic realism would preserve Hong Kong’s semiautonomous status, as Beijing was gradually lifting its more than 1 billion citizens out of poverty, and Hong Kong was drawing profitable businesses. But in recent years, the Chinese economic transformation rapidly gained momentum, and so did pessimism over the future of Hong Kong as a semiautonomous territory. 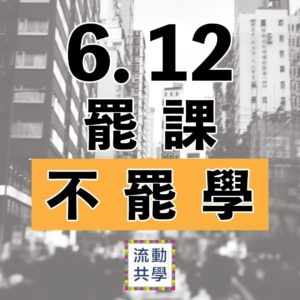 What are the chances Hong Kong’s protest movement will stop the proposed extradition bill? Pretty slim, according to The Post’s Tamer El-Ghobashy and Claire Parker:

The last mass protest movement in Hong Kong, the Umbrella Movement of 2014, ended without the government giving in to protesters’ demands for more open elections. Democratic backsliding in the territory has continued since then. A Hong Kong district court sentenced several leaders of the Umbrella Movement to prison in April.

The extradition legislation, though, has galvanized the public in a different way. Many residents see it as a government attempt, as in 2003, to strip them of rights they have long enjoyed and put them at greater risk of arrest, The Times adds.

“We have no democracy,” said Emily Lau, a former lawmaker and chairwoman of the city’s Democratic Party, “but enjoy a level of personal freedom and rule of law and an independent judiciary, and we do not want them taken away.”

Morning Edition’s Noel King talks to Lee Cheuk Yan, a former Hong Kong legislator and pro-democracy activist, about the protests. He previously discussed the extradition law at a recent National Endowment for Democracy forum (below). 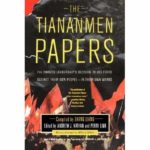 The extradition law is another step toward cementing mainland China’s control over Hong Kong, says Andrew Nathan, a political science professor at Columbia University who specializes in Chinese politics. “The leadership [since Tiananmen Square] are convinced that they are surrounded by enemies at home and abroad who want to undermine the Communist party-state regime,” adds Nathan, co-author of The Tiananmen Papers. This makes Hong Kong — where dissidents have a base and those hostile to the regime publish embarrassing information — a prime target, he tells Ozy.

News about the latest protests is being heavily censored in China, where state-controlled newspapers have blamed the unrest on “foreign forces” meddling in Hong Kong’s affairs — but experts say it is China’s own interference that may be further alienating its rogue territory, TIME adds.

“By forcing the issue in such an aggressive and abrupt way,” says James Millward, a professor of history at Georgetown University, “China can actually be creating a population in Hong Kong that will dig in and actually redefine itself in opposition to the mainland even more than it has so far.”

From an objective perspective, the harsh truth is democracy in Hong Kong is facing an existential crisis, argues analyst Nojima Tsuyoshi:

More and more, people are worried Hong Kong is losing its identity and becoming another indistinguishable part of China. And so, there’s the rub, the frightening unspoken threat. It may very well be “today’s Hong Kong, tomorrow’s Taiwan” is also the long-term mission statement of the Chinese government in regards to Cross-Strait relations.

The two democracies in Beijing’s shadow have a recent history of impacting the other’s civil society, notes analyst James X. Morris. For now, all eyes are on how Hong Kong deals with the protesters, who appear to be settling in for another occupation. It may be the bellwether for Taiwan’s political discourse in the coming months, he writes for The Diplomat:

The KMT retook much of the island’s local seats in a wave midterm election in 2018. Though there is no economic pact with the mainland to protest, the presence of KMT candidates who have such visible interests in China may be enough. The applicability of what is occurring in Hong Kong, and how it is dealt with, could trigger a backlash against pro-China candidates and reestablish full political control of the island to the pro-independence DPP in 2020.

For the second time in less than three months, Taiwan has hosted a conference on religious freedom, with President Tsai Ing-wen delivering a speech on the issue, the Hong Free Press reports.

Such moves appear to be designed to bolster the positioning of Taiwan as a beacon of democracy and human rights in the region. Building on the work of the Taiwan Foundation for Democracy established in 2003 by then president Chen Shui-bian, Tsai’s government appears keen to show the world the contrast between free, democratic Taiwan and the increasing repression in mainland China.