The US has condemned Vietnam for jailing six human rights activists to long prison terms, and urged the country “to release all prisoners of conscience immediately,” the FT reports:

On Thursday evening, a court in the capital Hanoi sentenced Nguyen Van Dai, Le Thu Ha, Pham Van Troi, Nguyen Trung Ton, Nguyen Bac Truyen, and Truong Minh Duc under charges of “activities aimed at overthrowing the people’s administration”.  Nguyen Van Dai, a prominent human rights lawyer, was sentenced to 15 years, and the other defendants were handed sentences of between seven and 12 years, the BBC reported from Hanoi. 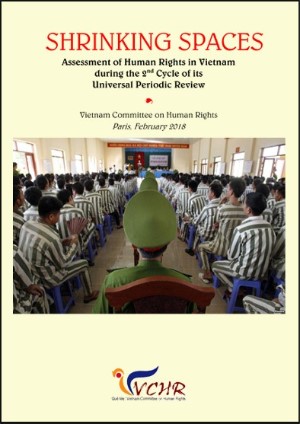 The activists were all linked to the Brotherhood for Democracy, a network of pro-democracy dissidents Vietnam’s government accused of seeking to overthrow the government in an indictment issued in December.  The judgment was in keeping with a tough crackdown by the communist authorities on peaceful dissent by human rights activists and bloggers, several of whom have been handed long jail sentences over the past year.

“Individuals have the right to the fundamental freedoms of expression, association, and peaceful assembly, both online and offline,” said State Department spokesperson Heather Nauert. “The United States is deeply concerned by the Vietnamese government’s efforts to restrict these rights, through a disturbing trend of increased arrests, convictions, and harsh sentences of peaceful activists.”

Võ Văn Ái of the Vietnam Committee on Human Rights & Quê Me: Action for Democracy in Vietnam called on the international community to take strong action in face of Vietnam’s systematic violations of its binding human rights commitments.

“Vietnam cannot be allowed to repress its citizens with impunity. The international community should make it clear that it will not continue “business as usual” with Vietnam unless concrete human rights improvements are made, beginning with the release of Nguyễn Văn Đài and his colleagues,” he said.