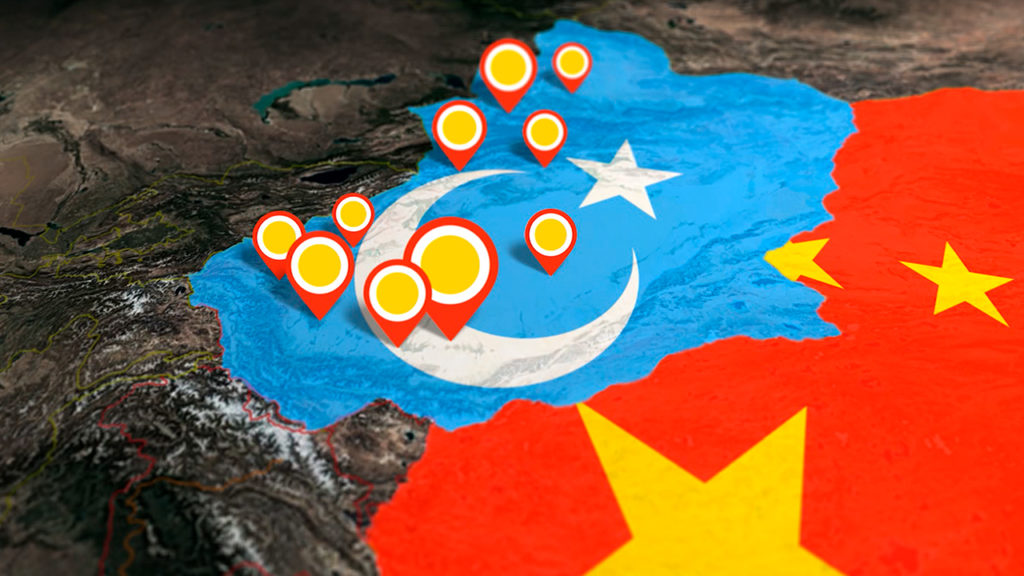 The new Uighur Human Rights Policy Act, which passed the Senate and House unanimously, drew a furious response from Beijing on Thursday during a delicate moment when Secretary of State Mike Pompeo was meeting in Hawaii with Communist Party foreign policy director Yang Jiechi, The Post reports:

The network of detention centers in China’s far west, where more than a million ethnic Uighurs, Kazakhs, Kyrgyz and Hui were at one point believed to be held beginning in 2017, has been condemned by the United Nations and other observers as a gross violation of human rights that goes far beyond what China describes as a deradicalization campaign.

“It’s a great day for the Uighur people that for the first time a legislative mandate has been put in place to protect their rights when they are facing an existential threat in China,” said Nury Turkel, a Uighur American lawyer recently nominated by House Speaker Nancy Pelosi (D-Calif.) to the U.S. Commission on International Religious Freedom.

“Globally this should be a model for other countries who have been very lukewarm in their response to the ongoing atrocities in the Uighur region,” he told VOA.

The United Nations defines genocide as any “acts committed with intent to destroy, in whole or in part, a national, ethnical, racial or religious group,” including killing members of the group, causing them “serious bodily or mental harm,” imposing conditions on life that would otherwise contribute to the group’s demise, and limiting births among the group or transferring the custody of children away from the group. “All of these actions are being taken against the Uighurs,” said Carl Gershman (left), president of the National Endowment for Democracy (NED).

“It’s the kind of news we have been waiting for,” said Omer Kanat, Uyghur Human Rights Project Executive Director. “But the United States cannot be the sole nation acting to hold the perpetrators accountable for their crimes. Uyghurs call on countries around the world to work together against ethno-religious persecution, profiling and cultural genocide.”

Secretary of State Mike Pompeo has called Beijing’s actions in Xinjiang “the stain of the century,” CNN adds:

The Uyghur Human Rights Policy Act of 2020 passed overwhelmingly in the House and Senate. The legislation condemns the Chinese Communist Party for the detention centers and recommends a tougher response to the human rights abuses suffered by Uyghurs, ethnic Kazakhs and other Muslim minorities in the region.

Despite the constant efforts of the CCP to undermine the advocacy of Uyghur groups around the world, the legislation earned tremendous bipartisan support with 68 cosponsors, led by U.S. Senators Marco Rubio (R-FL) and Bob Menendez (D-NJ). A stinging rebuke of one of the world’s most brazen and egregious violations of human and minority rights.

“As a result of NED’s support, the Uyghur advocacy groups have grown both institutionally and professionally over the years,” said Akram Keram, a program officer and regional expert at NED.

“These groups played critical roles in introducing the Uyghur cause in various international, regional, and national settings against China’s false narratives, bringing the Uyghur voice to the highest international levels,” he added, citing the work of the following groups: