The killing of the daughter of philosopher Alexander Dugin — a man often referred to as “Putin’s brain” because of his reported influence over the Russian leader — in a car bombing last week “was significant,” one Russia specialist suggests.

“We now have a destabilized Russian regime in a way we’ve not seen in years. And it’s only in that space because of this invasion,” said Sean Maloney, a professor of history at the Royal Military College. 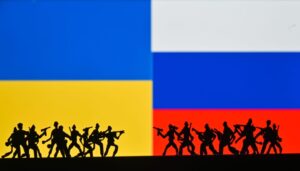 Maloney said someone inside Russia was either targeting Dugin or trying to send a message by killing his daughter, CBC reports.

“In any angle where you look at this, there are obviously elements of people in Moscow that are not happy with what’s going on, whether [the war in Ukraine] is not going far enough or it’s gone too far,” he said.

It also signaled that Moscow’s elite may not be safe in their own city, said Marlene Laruelle, the director of the Institute for European, Russian, and Eurasian Studies at George Washington University. “The war is progressively coming to them in the Russian territory,” she told NPR.

“The message the killing is sending, even if we cannot interpret exactly who did that and who the actual target was, is that if you can have a terrorist act in Moscow, in the middle of the war, it means elites are suddenly not feeling secure anymore.”

The US has moved far since its initial skepticism that Ukraine could withstand a serious Russian assault, former Ambassador Daniel Fried tweeted. Observers (myself included) have sometimes urged more and faster. But let’s recognize how much the US is doing to support ’s freedom and therefore our own.

Future historians will study Russia’s descent into violent and delusional nationalism as my generation studied the Great Terror and Nazi Germany, added Fried, a National Endowment for Democracy (NED) board member.

Putin‘s strategy in Ukraine is “deluded,” says Freedman, emeritus professor of war studies at King’s College London, adding that his actions demonstrate the weakness of autocracies.

Autocracies are bad at this 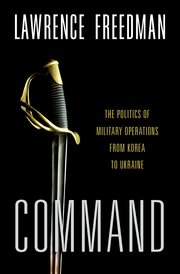 Russia’s war against Ukraine has been hampered by failings experienced by autocratic states during conflict, a feature of his new book, he told The Observer:

Command, a wide-ranging analysis of post-second world war conflicts by the leading strategic studies expert examines a series of well-known conflicts, from the Cuban missile crisis to the French defeat at the hands of the Viet Minh at Dien Bien Phu, through to the Falklands war and Saddam Hussein’s invasion of Kuwait, up to the present war in Ukraine.

“The big theme,” said Freedman, “is that autocracies are very bad at this. A lot of most catastrophic decisions come from autocratic decision-making. That is certainly the case with Vladimir Putin but also Saddam Hussein and even [the Argentine military dictator Leopoldo] Galtieri during the Falklands war.”

But he adds: “It’s not that democracies always make better decisions.”

General (ret.) David Petraeus, Co-Chair of the Wilson Center Global Advisory Council and former Commander of U.S. and NATO forces to Afghanistan, explains the success of the Ukrainian military to defend against Russia thus far and what victory in the war may look like for Ukraine (above).

Ukrainian nationalism has been shaped, at various times, by factions from both the left and the right. Its current wartime form, though, is marked by its inclusiveness, argued Ukrainian political philosopher Volodymyr Yermolenko in a recent interview.

“This diverse and inclusive sense of Ukrainian identity is personified in … Zelenskyy — a Jew who grew up in a Russian-speaking community, but whose powerful wartime leadership rests on his uncanny understanding of how to bring together the many currents that make up the modern Ukrainian nation,” the Atlantic Council’s Adrian Karatnycky wrote last month.

“We are stronger in spirit, in unity, as a society, as a nation,” said Ivanna Klympush-Tsintsadze, a Ukrainian parliamentarian. That’s a consequence, she added, of having an intimate and visceral  “understanding of an existential enemy and threat.”

The fundamental fear is that Putin will try to secure an early ceasefire and consolidate his gains, as he did with the two Minsk agreements of 2014 and 2015, which would merely set the stage for a new war once Russia has licked its wounds and regrouped militarily, notes Atlantic Council expert Anders Aslund:

“If this war does not end in defeat for the Kremlin, it will have dire implications for the future of democracy, human rights, and the rules-based order that has guided international relations since the end of World War II,” said Freedom House President Michael J. Abramowitz. “We all have a vital interest in ensuring that the cause of freedom prevails in Ukraine.”

Ukrainian civil society has expanded its humanitarian response efforts, shepherding aid, and rebuilding communities, notes one observer. Aid workers, the majority of whom are Ukrainian, are operating across all 24 oblasts, reaching nearly 12 million people with assistance. 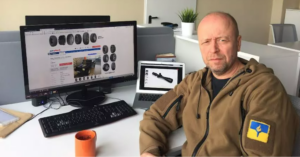 The skills Ukraine’s civil society activists can offer are particularly applicable to today’s often extreme environment, adds Jonas Oehman (right), head of the NGO Blue/Yellow in Lithuania which has been supporting the Ukrainian Armed Forces since 2014. While the international community seeks to keep Ukraine militarily well-supplied with sophisticated weapons, the experience of the country’s civil society sector can help make sure that surges in military capacity take place smoothly and core needs are met, he writes for the Atlantic Council:

It is important to understand that Ukrainian civil society has evolved into an unrivalled platform that offers direct access to fighting units and other aspects of the country’s military. This includes the ability to compile accurate information about the most immediate and pressing needs of frontline forces.

“@ZelenskyyUa‘s powerful wartime leadership rests on his uncanny understanding of how to bring together the many currents that make up the modern Ukrainian nation,” said @AKaratnycky @AtlanticCouncil https://t.co/J3DOaL0r4O

Ukraine’s people are deeply united in the face of Russia’s full-scale invasion, the U.S. State Department observes. Surveys reflect that Ukrainians are committed to their country’s democratic development, with a historic 94 percent saying that fully functioning democracy is important to them. Despite the full-scale invasion, 87 percent of Ukrainians show unprecedented optimism about Ukraine’s future.

A National Democratic Institute May 2022 poll found that only 3 percent of Ukrainians would like to join the Russia-led Eurasian Customs Union, and 90 percent want Ukraine to become a member state of the European Union, with the lowest number, in the east and south, still an overwhelming majority at 84 percent.

But after six months of resistance, resilience, and resolve, the argument that Ukraine is winning the war is delusional, according to Hudson Institute analysts Peter Rough, Luke Coffey, Rebeccah Heinrichs, Can Kasapoğlu, and William Schneider:

Instead, it is condemned to perpetual warfare—and anguish. This is because the West employs a symmetrical strategy of weapons assistance in the hopes of establishing an equilibrium between Russia and Ukraine that leads to negotiations. ….If the US removes its caveats and empowers Ukraine to strike Russian supplies deep behind enemy lines, the balance of power might change.

Ukraine may not be defeated, but it cannot liberate itself, either, they state, offering several policy recommendations.