For the better part of four years, those sounding the alarm about the dangers of fake news and the perils of a post-truth world struggled to make the case that this was a matter of life and death, Jonathan Freedland writes for The New York Review of Books. Try as they might to argue that a secure foundation of facts was the very basis of a liberal, democratic society—that such a society could not function without a common, agreed-upon basis of evidence—the concern seemed somehow abstract, intellectual, even elitist. 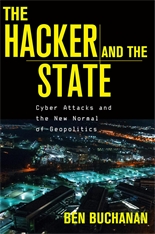 Their angst was easily dismissed by their populist foes as the self-interested whine of a snobbish establishment. And then came the coronavirus, he adds, in a must-read review of Thomas Rid’s Active Measures: The Secret History of Disinformation and Political Warfare, The Hacker and the State: Cyber Attacks and the New Normal of Geopolitics

The only true protection against active measures, whether by Russia or anyone else, is to deny them the openings they rely on, Freedland adds. A democracy such as the United States will always be divided. But Americans’ best defense against foreign enemies might be to stop seeing political opponents as domestic enemies.

But are democracies now undermining their own defenses against digital authoritarianism?

The head of the Washington-based Open Technology Fund complains that it is being forced to halt 49 of the fund’s 60 Internet freedom projects. The move, according to the head of the fund, affects about 80 percent of the group’s work helping human rights and pro-democracy advocates, journalists and others in 200 countries, The Post adds.

Christine Bednarz, spokeswoman for the National Endowment for Democracy said the group does not take positions on U.S. policy but “anti-censorship and circumvention technologies — such as those provided by the fund — are critical to the ability of people to access information and work in closed societies, like Iran, China, and Venezuela.”

“The impact is devastating, not just on our work but on people we work for,” said Dragana Kaurin, whose Localization Lab translates security and privacy tools into 200 local languages, including for vulnerable groups in Bolivia, Colombia, Myanmar, Turkey, Vietnam and Zimbabwe.

“People don’t trust private foreign security tools that aren’t in their own language . . . and it takes time to build that trust,” said Kaurin, who has helped independent journalists in Vietnam apply hardware encryption tools such as Veracrypt to adapt to government raids.

Users “are asking, what’s going to happen now? What are we going to use? Who has our data? . . . Are tools like Signal and Tor going to be safe to use if they lose the funding to update their code regularly?” she said. ‘Trust is the most expensive thing in the world, and you can lose it so easily.”