After writing on @Independent and @DailyMailUK, here my latest op-ed on @TheSun . Visually attractive design with an enlightening quote: “warn the world of China’s brutal regime.”
Let’s work together to protect democracy and freedom.#HongKong#Democracy pic.twitter.com/3tbdgMswMd

China “will always be authoritarian” in the absence of the world’s democracies adopting “a firm, assertive attitude” towards them, according to a former Hong Kong lawmaker. Beijing’s influence will “extend overseas” if the world does not stop “wishful thinking” about the regime, pro-democracy activist Nathan Law told the UK’s Channel 4 News. “Without global pressure China will always be authoritarian,” he added.

“We should form a coordinated alliance, a united front to contain the expansion of authoritarianism from China,” he told Bethany Allen-Ebrahimian, Axios China specialist. “And the world should have an agreement that we place human rights over business interests for the sake of our values, for the sake of democracy.”

Law’s comments follow criticism of the UK and Germany for being “too soft” on China’s human rights violations and coincide with Chinese police seizing Tsinghua University professor and essayist Xu Zhangrun.

With Xu’s arrest, the regime is silencing one of the last voices within China’s besieged intellectual circles who dared to openly and persistently criticize President Xi Jinping’s leadership, The Post reports:

Xu’s arrest in Beijing’s outskirts came five months after he published a lengthy essay* pleading with political leaders to conduct an open investigation into the cover-up of the coronavirus outbreak in Wuhan and reverse what he characterized as the country’s spiral into tyranny. What began as a local outbreak was exacerbated by a political system that stifled whistleblowers and the “rot goes right up to Beijing,” Xu wrote in his February piece, which he predicted might be “the last thing I write.” 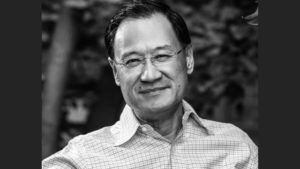 The United States on Tuesday said it was ‘deeply concerned’ about Xu’s detention and urged Beijing to release him, Reuters reports.

“The PRC must release Xu and uphold its international commitments to respect freedom of expression,” U.S. State Department spokeswoman Morgan Ortagus said in a tweet.

Xu’s detention is “a clear sign the Communist Party leadership has decided to completely shut down any political criticism, even from academics,” writes Chongyi Feng, Associate Professor in China Studies at the University of Technology Sydney.

His wife has been informed that, during a visit to the province of Sichuan, Xu had been “seeking out prostitutes,” the journal Bitter Winter adds. Not only is this a frequent pretext the CCP police uses to frame dissidents, but Xu had told friends before that “they would try and get him on soliciting prostitutes,” and that he was being very careful in not offering to the police any pretext for this. The CCP, however, had decided to get him anyway.

“In my assessment, were China a democracy, it would have reported the outbreak of COVID-19 earlier,” says Brett Bruen, director of global engagement in the Obama White House who now teaches crisis communications at Georgetown University and runs Global Situation Room, a public affairs firm. “A similar lack of transparency also afflicts countries like Brazil, Iran and Russia, which have seen some of the worst outbreaks on the planet,” he told NPR.

“The bureaucratic and governance system of China that is now fully on display is one that values the mediocre, the dilatory, and the timid,” Xu wrote in Viral Alarm. “The mess they have made in Hubei Province, and the grotesque posturing of the incompetents involved [in dealing with the coronavirus] have highlighted a universal problem. A similar political malaise infects every province and the rot goes right up to Beijing.” 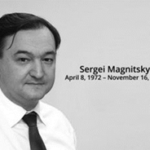 Xu’s arrest coincided with the UK’s announcement that it is imposing “Magnitsky” sanctions on 49 people and organisations behind the most “notorious” human rights abuses of recent years, with the exception of China, the BBC adds:

Individuals implicated in the death of Russian lawyer Sergei Magnitsky in 2009 will have their UK assets frozen and banned from entering the country. And Saudi Arabian officials involved in the 2018 murder of journalist Jamal Khashoggi are also being targeted.

But asked if he was avoiding another clash with China by excluding them for the list, Foreign Secretary Dominic Raab said: “It’s pretty clear… that we are willing to stand up for our vital national interests. But the regime that we have set out is evidence based.” 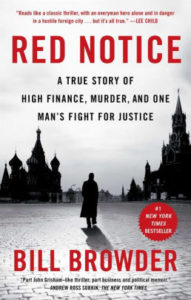 “If we want a positive relationship with China… the real issue here is one of trust and whether China can be trusted to live up to its international obligations, and its international responsibilities,” he added. “And that’s a message that we’re telegraphing, along with many of our allies and indeed, many international partners around the world to Beijing, particularly in relation to what we’ve seen in Hong Kong.”

Magnitsky, a Moscow lawyer and auditor, died in police custody after exposing Russian tax officials’s defrauding of Hermitage Capital Management. Bill Browder, co-founder of Hermitage Capital and author of Red Notice, a book about the case, said the UK’s initiative represented “a huge milestone in our 10 year campaign for justice”.

Angela Merkel is also facing criticism in Germany for failing to take a tough line on China over the new national security law it has imposed on Hong Kong, with politicians from both opposition and government parties accusing the chancellor of being too soft on Beijing, The FT adds.

“What the German government said about Hong Kong was the absolute minimum, and it just wasn’t enough,” said Norbert Röttgen, head of the Bundestag’s foreign affairs committee and a leading figure in Ms Merkel’s Christian Democratic Union. He was speaking after the German foreign ministry warned people to be “particularly careful” about posting China-critical comments on social media, saying it “can’t be fully excluded” that the new law will be used against German citizens in Hong Kong. Mr Röttgen condemned the new travel advice as encouraging “self-censorship”.

(* Published in the National Endowment for Democracy’s Journal of Democracy).