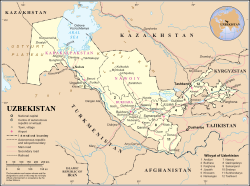 Uzbekistan’s authorities should stop harassing human rights activists, including those recently released from prison, and ensure their safety, a coalition of civil society and human rights groups said today:

Since President Shavkat Mirziyoyev took office two years ago, the government has taken several important positive steps to improve Uzbekistan’s human rights record and uphold its international commitments. These have included the release of prisoners imprisoned on politically motivated grounds, judicial reforms, and the adoption of presidential decrees aimed, among other things, at improving the situation for civil society and easing restrictions on free expression.

However, over the past month, the security services and police have been increasingly carrying out close surveillance of various human rights defenders, including those recently released from long prison sentences. The authorities are also intimidating those who demonstrate an intention to continue their human rights activities, including the rights activist Agzam Turgunov and the journalist Dilmurod Saidov (Sayyid). Both were released during the last year after long prison terms. They have been actively engaged in human rights monitoring and advocacy, and are seeking to register a nongovernmental organization, Restoration of Justice.

“These have been extremely trying years for Uzbek civil society, both inside and outside of the country, perhaps even for many government officials,” said Ivar Dale from the Norwegian Helsinki Committee. “If there was ever a time to turn the page, this is it. Human rights must be taken seriously in Uzbekistan not just in word, but in action.”

A cornerstone of Uzbekistan’s reform process is improving the rule of law as the new government understands it urgently needs to attract foreign investment in order to rescue its ailing economy, said Spaska Gatzinska, the National Endowment for Democracy’s Associate Director for Eurasia. Uzbekistan’s former reputation of a kleptocratic country where any one company can be subjected to exorbitant bribes, forcibly taken over, or forced out of the country, had resulted in limited interest to invest among private companies, she told the U.S. House Subcommittee on Europe, Eurasia, and Emerging Threats.