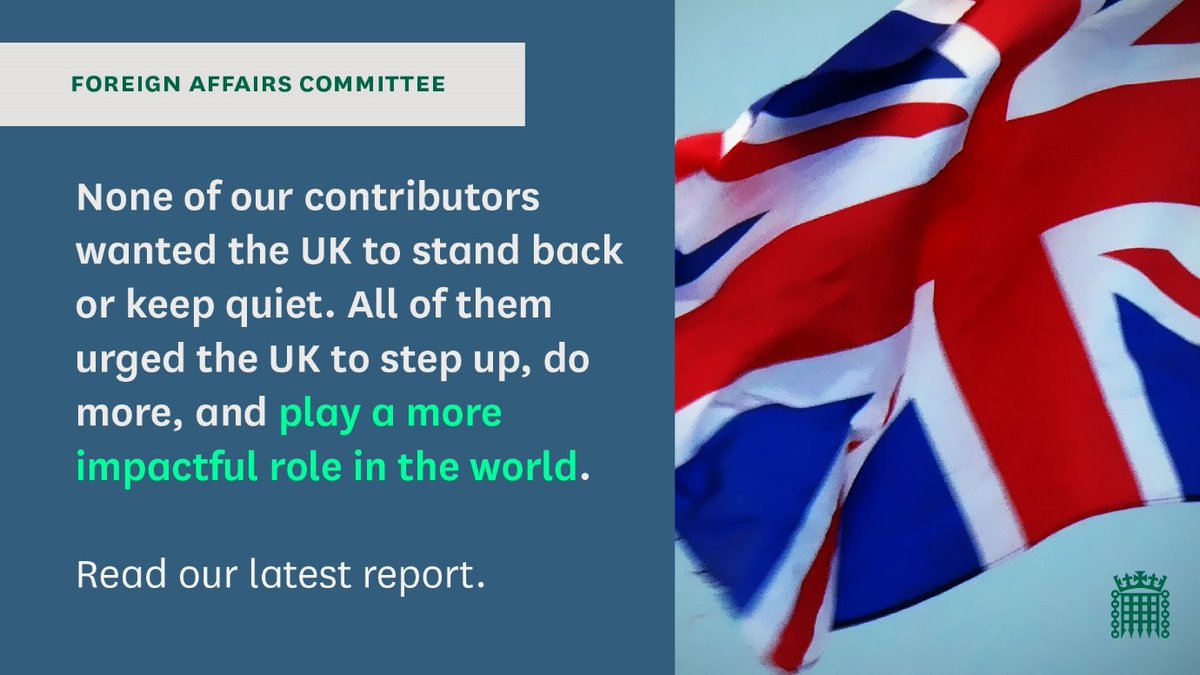 The new great power competition is driven by geo–political change as other regions of the world are rising to greater economic strength and international influence alongside that of ‘the West’. But this global competition is also a battle between competing visions and mindsets, according to a new report.

Autocracies are increasingly challenging the rules and norms that have, for decades, regulated international exchange. As competition intensifies, it will fall on democratic nations to uphold the central tenets of the rules-based international system, including democracy, human rights, and free trade, notes A brave new Britain? The future of the UK’s international policy, a report from the UK House of Commons Foreign Affairs Committee.

Many contributors to the UK foreign policy and defence review urged the UK to articulate a clear place for universal values at the heart of its international policy, more effectively to challenge ‘revisionist’ powers that seek to subvert the international system and weaken rights, it adds:

The UK should use its convening power and thought leadership to bring together nimble networks of like-minded nations by agreeing a baseline for cooperation between them. These coalitions would be open, issue-based, fleet-footed, overlapping, and even temporary: a ‘vari-lateral’ system. Samantha Power, when explaining this idea, used the example of the international coalition to coordinate the response to the 2014 outbreak of Ebola in West Africa. Such networks could be based on democratic values and could act as a counterweight to authoritarian states.

“In a world where burden-sharing is indispensable, where the United States will not be the world’s policeman, it is important that there is a powerful, values-driven democracy that is willing to pull its weight—really to punch above its weight—in the international system,” said Samantha Power, a former US Ambassador to the UN. “British diplomats and development professionals are involved in promoting all of those things in really singular ways.” RTWT