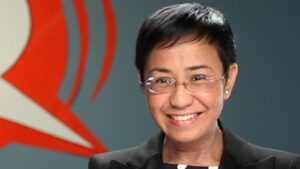 “If you can make people believe your lies, then you can control them,” said Ressa, head of Rappler, the online media group. “That’s what authoritarians are doing and that’s why it’s so critical we have vibrant independent media in every country, to uncover truth and hold power to account.”

The International Fund for Public Interest Media, which hopes to raise an initial sum of $100 million “to begin its support to media outlets in low- and middle-income countries from 2022,” is currently funded by Luminate, BBC Media Action, Craig Newmark Philanthropies, the John D. and Catherine T. MacArthur Foundation and the National Endowment for Democracy (NED).

“Fearless reliable journalism from independent media [organizations] is one of the essential pillars of democracy,” added Thompson. 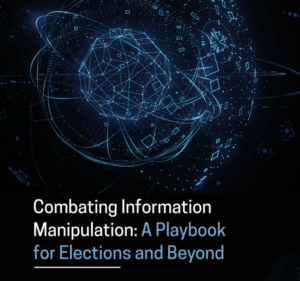 Combating Information Manipulation: A Playbook for Elections and Beyond, an initiative of the International Republican Institute, National Democratic Institute and Stanford Internet Observatory, guides users on how to identify, respond and build resiliency to information manipulation. Full details here.

A trend toward more state intervention in cyberspace and authoritarian efforts to exploit the COVID-19 pandemic are converging in an alarming development: the proliferation of “fake news” laws, note Elizabeth Kerley and Ryan Arick, program officer and program assistant, respectively, at the National Endowment for Democracy’s International Forum for Democratic Studies:

Illiberal leaders have manipulated the COVID-19 emergency to introduce new speech controls and used them to stifle criticism. Governments present many of these measures as efforts to quash “fake news,” a term first applied to clickbait sites hosting invented stories that politicians worldwide have coopted to dismiss narratives they dislike. In this manner, they are playing on legitimate concerns about what the World Health Organization and many experts have called an “infodemic”—an oversupply of information, often false and misleading, that breeds confusion about the pandemic.

As democracies confront emerging challenges, they should emphasize solutions that lean into the values of free societies, they write for Power 3.0. Rather than simply substituting government power for that of tech giants, for instance, they should work to promote a more pluralistic digital realm and encourage platforms to be more transparent and accountable to users and other stakeholders. RTWT

Civil society should figure prominently in countermeasures against hybrid threats from authoritarian regimes which entail shifting from resilience to resistance, from containment to roll-back, notes a new GLOBSEC report on ‘Countering Hybrid Threats.’

Journalists around the world are facing a significant, yet often hidden, challenge to their role as public watchdogs. The use of vexatious legal threats – Strategic Lawsuits against Public Participation (SLAPP) – have proliferated globally in recent years. They are brought by the powerful and wealthy, eager to avoid scrutiny, to intimidate journalists into either not publishing or removing information from the public domain. The event will specifically look at the dual role the UK plays both as a promotor of media freedom through its Global Campaign and as a leading international source of vexatious threats against journalists (as underscored by the findings of FPC’s 2020 Unsafe for Scrutiny survey).

The Justice for Journalists (JFJ) Foundation and the Foreign Policy Centre host the first UK anti-SLAPP conference to be held on Monday 22nd November and Tuesday 23rd November 2021. RSVP