Will a negotiated settlement resolve Venezuela’s political standoff? Opposition leader Juan Guaidó has endorsed a proposal to amnesty to the military if it repudiates the Maduro regime and facilitates a restoration of democracy. But negotiated pacts carry risks, analysts suggest.

Negotiated transitions between outgoing authoritarians and ascendant democrats have fostered many peaceful transitions, reducing the specter of violence and instability, argue analysts Mieczysław P. Boduszyński and Victor Peskin. The case of Poland exemplifies this. But negotiated transitions can have a dark side when it comes to transitional justice — chiefly, a pact may thwart accountability for the crimes of the authoritarian past, they write for the Washington Post’s Monkey Cage:

Negotiated settlements that lack any accountability provisions can’t make feelings of injustice for past crimes disappear, however. And the temptation to forgo accountability altogether can come back to haunt the new regime. In some countries that underwent negotiated transitions and instituted amnesties, demands for justice resurfaced years later, leading to belated trials.

Many analysts are overlooking the problem of the army of political operatives who were part of the breakdown of the country over the past two decades and now oppose Mr. Maduro, Mary Anastasia O’Grady writes for the Wall Street Journal:

These include die-hard chavistas like Rafael Ramírez. From 2004 to 2014, Mr. Ramírez was president of PdVSA, Venezuela’s state-owned oil company, which is in ruins. Also in the opposition are career bandits of the political class, who have shared for years in the spoils of corruption no matter who was at the helm. The list includes but is not limited to some members of Venezuela’s infamous Democratic Action Party. 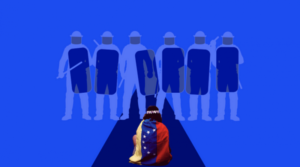 Guaidó’s path forward remains difficult. Maduro has rejected his assumption of power, as have Russia and China, the Washington Post adds:

Leaders of the military have so far stood with Maduro, although there appears to be dissent in the ranks. There are daunting challenges in setting up eventual elections. “A transitional government is not something you decree,” Guaidó told The Washington Post on Jan. 27. “You construct it.”

But business sense and political pragmatism will probably prompt communist China to eventually back Venezuela’s liberal opposition, which could seal the fate of its longtime ally, a WorldCrunch analysis suggests.

Leopoldo López, a former mayor of a Caracas borough, helped engineer Guaidó’s meteoric rise – and still harbours ambitions to become Venezuela’s next president, according to the Guardian. 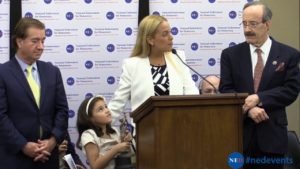 Francisco Rodriguez and Jeffrey D. Sachs suggest that Poland’s experience is a potential model for a negotiated transition in Venezuela, Boduszyński and Peskin add. But in Poland, a country once considered a consolidated democracy, the transition is a cautionary tale of how a new regime can exploit unrequited justice to rationalize illiberalism. RTWT

Mieczysław P. Boduszyński (@MietekB) is an assistant professor of politics and international relations at Pomona College and author of a forthcoming book on U.S. democracy promotion after the Arab Spring. Victor Peskin is an associate professor in the School of Politics and Global Studies at Arizona State University and a senior research fellow at the Human Rights Center at the University of California at Berkeley.