A restless defender of democratic values, Teodoro Petkoff never stopped criticizing Hugo Chávez’s autocratic tendencies and never gave up on his country, notes Dorothy Kronick, an assistant professor of political science at the University of Pennsylvania.

For many suffering from Venezuela’s economic and humanitarian crisis, the death last week of elder statesman Petkoff, at age 86, seemed yet another cause for despair. A Venezuelan journalist wrote that he felt orphaned. Another called Mr. Petkoff, a fierce critic of the country’s autocracy, “one of the last beacons of democratic integrity”, she writes for The New York Times. 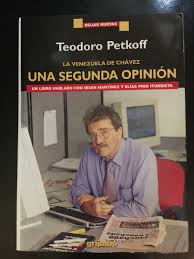 “He leaves Venezuela and the region without a mandate on social commitment, political coherence and defense of democratic values,” Luis Almagro, secretary general of the Organization of American States, said on Twitter. “His struggle for freedom of expression and defense of human rights will never be forgotten.”

“His life covered every step,” said Jorge Castañeda, a former foreign minister of Mexico and a professor at New York University, “from Cuban-sponsored guerrilla fighter in the early ’60s, to democratic socialism in the ’70s, to becoming in the ’80s and ’90s a critic of the corrupt Venezuelan political system and someone trying to fix it without breaking it.” 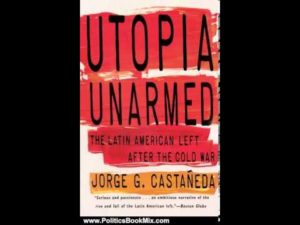 Petkoff became “constructively critical” of Hugo Chavez after he took office in 1999 but later sharpened his critique “to the point that his newspaper was shut down and he was the victim of constant harassment,” said Castañeda, the author of “Utopia Unarmed: The Latin American Left After the Cold War” (1993).

“If you look at the Latin American left from the early 1960s you can see the same evolution — less so in Venezuela,” he continued. “He certainly both reflected that evolution and contributed to that evolution.”

Petkoff embraced what he described as “democratic pluralism.” He was elected to the Senate, but was swamped by multiple opponents when he sought the presidency in 1983 and 1988, The Times adds:

In the late 1990s, he served as planning minister under President Rafael Caldera. He was credited by Wall Street and the International Monetary Fund with returning state-run companies to private ownership, shrinking the bureaucracy and curbing inflation while improving social programs. In 1998, he bolted the political party he had founded because it endorsed Mr. Chavez’s presidential candidacy.

“Teodoro Petkoff was a ­mentor to at least three generations of Venezuelans. I count myself among them,” said former Tal Cual columnist Ibsen ­Martinez. “He instilled in us the idea that democracy and tolerance. . . are the essence of social justice.”

The government of President Nicolás Maduro has hit [Petkoff’s newspaper] Tal Cual with a volley of lawsuits, one of which barred Teodoro from leaving the country and ordered him to make weekly appearances in court. He was 82 years old, Kronick adds.