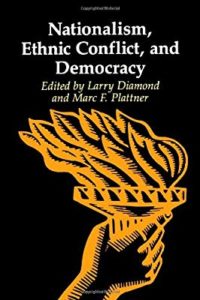 An analysis of all international and civil wars since 1900, along with the belligerents’ wealth and degree of democratization, shows a strong correlation between democracy and peace, with a few exceptions, although the relationship does not seem to be linear. The countries most prone to wars appear to be neither autocracies nor full democracies, but rather countries in between, The Economist reports:

If partial democracy is linked to conflict, recent backsliding in countries like Turkey looks even more worrying…..Even a bit of democracy, however, saves lives overall—because empires and dictators are more likely to starve and slaughter their subjects. Counting man-made famines and genocides, colonial and undemocratic powers have caused 250m premature deaths since 1900—five times the death toll from combat in all wars combined.