“China and Russia are more aligned than at any point since the mid-1950s, and the relationship is likely to strengthen in the coming year as some of their interests and threat perceptions converge, particularly regarding perceived US unilateralism and interventionism and Western promotion of democratic values and human rights,” said the annual “Worldwide Threat Assessment.” 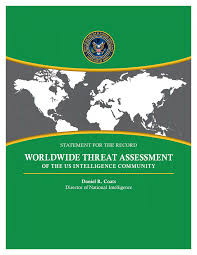 Beijing and Moscow “will present a wide variety of economic, political, counterintelligence, military, and diplomatic challenges to the United States and its allies. We anticipate that they will collaborate to counter US objectives, taking advantage of rising doubts in some places about the liberal democratic model,” said the report, presented by Director of National Intelligence Dan Coats and other senior intelligence officials.

“Both countries probably will use the UN as a platform to emphasize sovereignty narratives that reflect their interests and redirect discussions away from human rights, democracy, and good governance,” adds the assessment, a report that “reflects the collective insights of the Intelligence Community” about the principal threats currently facing national security.

“As China and Russia seek to expand their global influence, they are eroding once well-established security norms and increasing the risk of regional conflicts, particularly in the Middle East and East Asia,” it adds. “At the same time, some US allies and partners are seeking greater independence from Washington in response to their perceptions of changing US policies on security and trade and are becoming more open to new bilateral and multilateral partnerships.”

“More broadly, US adversaries and strategic competitors almost certainly will use online influence operations to try to weaken democratic institutions, undermine US alliances and partnerships, and shape policy outcomes in the United States and elsewhere,” it states:

“Chinese leaders will increasingly seek to assert China’s model of authoritarian capitalism as an alternative—and implicitly superior—development path abroad, exacerbating great-power competition that could threaten international support for democracy, human rights, and the rule of law,” the assessment asserts:

Lt. Gen. Robert P. Ashley Jr., the director of the Defense Intelligence Agency, said no Chinese company [such as Huawei] could truly choose whether to cooperate or hand over data, given Beijing’s grip, the New York Times adds.

“It is really authoritarian capitalism in the way the government provides oversight and puts very strict rules in place,” General Ashley said. “It is very problematic.”

The Democratic chair of the House Intelligence Committee Rep. Adam Schiff (D-Calif.) wrote that “it is a credit to our intelligence agencies that they continue to provide rigorous and realistic analyses of the threats we face.” 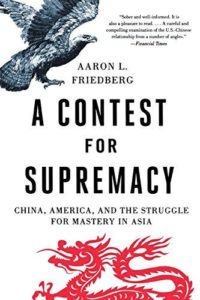 “We expect democracy and civil liberties in many Southeast Asian countries to remain fragile and China to increase its engagement in the region to build its influence while diminishing the influence of the United States and US allies,” the assessment states. “The United States will see mounting threats in Asia, including a variety of challenges from China and North Korea, and rising authoritarianism in the region.”

“Several countries and regions in Sub-Saharan Africa are likely to face significant security, counterterrorism, democratization, economic, and humanitarian challenges,” it adds. “Recent political unrest in countries such as Zimbabwe and Sudan highlight the ongoing challenges facing many governments across the continent. African countries’ outreach and cooperation with external actors—such as China and Russia—will increase this year.”