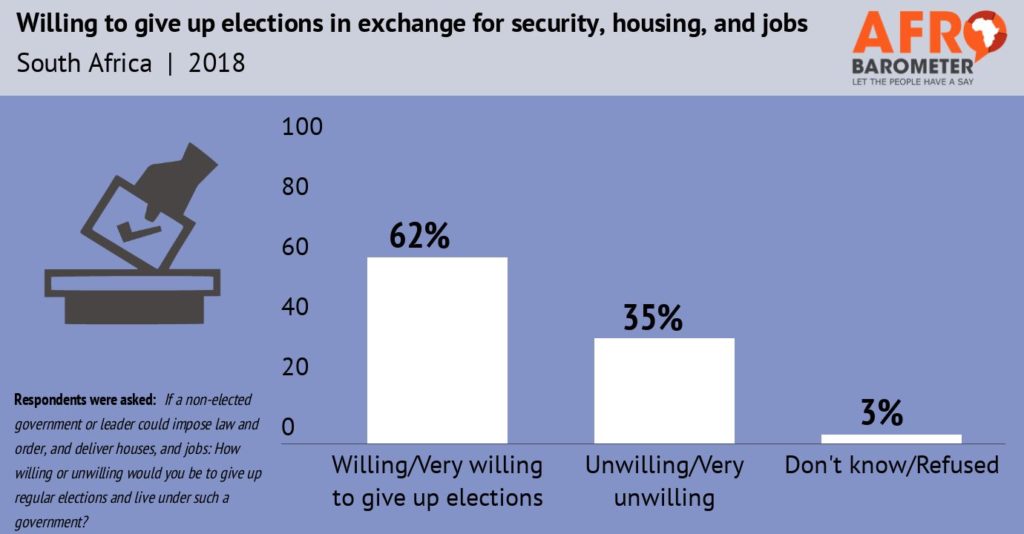 The crushing victory of right-wing candidate Jair Bolsonaro in Sunday’s runoff presidential election was in large part due to the electorate’s security concerns and anxiety over political instability, observers suggest. Egypt’s citizens “view democratization as a tertiary concern after economic and political stability, if a concern at all,” a new report claims.

According to an article in Harvard Political Review, one of the primary drivers of this political divisiveness and the rise of global populist movements is that average working people (which means nearly all people) still experience widespread feelings of insecurity that have not gone away since the global financial crisis a decade ago, notes analyst Jay Coen Gilbert. Among other things, they still experience the negative effects of a “broken economy” in ways the managerial, investor and political class do not, he writes for Forbes.

It’s a problem because fearful societies develop markets for fear abatement, argues analyst Adam Garfinkle. The most effective way for political entrepreneurs to tap into such markets is to focus on what or, better, who to blame for what makes people afraid. No matter how varied and interactively complex the real sources of fear and insecurity may be, rattled people are easily manipulated by demagogues offering parsimonious, emotion-driven conflations, he writes for The American Interest.

The latest Afrobarometer survey findings show that while the ANC retains a commanding lead among declared voters, a large and growing proportion of South Africans do not identify with any political party and may be up for grabs in the election, writes Jamy Felton, the Afrobarometer data quality officer and a researcher at the University of Cape Town’s Institute for Democracy, Citizenship and Public Policy in Africa. Popular dissatisfaction with government service delivery is high – to the point that a majority of citizens would be willing to give up elections altogether in exchange for security, housing, and jobs.

▪ In a hypothetical election tomorrow, almost half (48%) of South Africans say they would vote for the ANC. The DA and EFF would tie for distant second with 11% each, while more than one-fourth (27%) of citizens don’t know or won’t say how they would vote, or wouldn’t vote.

▪ More than half (53%) of South Africans say they do not feel close to any political party – the largest proportion of “non-partisans” since 2000. A majority of non-partisans live in urban areas, are under the age of 35, and have a secondary or post-secondary education.

▪ More than two-thirds (69%) of citizens say the 2014 election was free and fair, yet only about half as many (38%) say they trust the Independent Electoral Commission “somewhat” or “a lot.”

▪ Six in 10 South Africans (62%) say they would be willing to forgo elections if a nonelected government could provide law and order, housing, and jobs.