For the second time this week, Speaker of the House Nancy Pelosi has called attention to China’s repression of Uyghurs, including the detention of more than 1 million people, deeming the situation a “challenge to the conscience of the entire world,” Newsweek reports:

Uyghurs, a mostly Muslim ethnic minority group that have long been oppressed in China, have suffered increasing human rights abuses in recent years. Since 2016, officials have turned the northwest region of Xinjiang into an effective police state, monitoring and controlling Uyghurs and other ethnic minorities in what is widely seen as an attempt to stamp out religious and foreign influences officials believe could undermine the Chinese Communist Party.

This includes more than 1 million people being sent to “concentration camps” where, the U.S. State Department says, there have been reports of torture and “instances of sexual abuse and death.” Those outside the camps can disappear into the camp system for transgressions as vague as having a beard, buying a SIM card or speaking to family overseas. 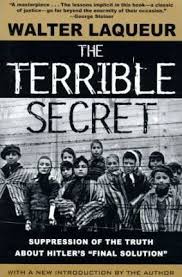 The Holocaust was not widely known when it was happening, which was why the late historian Walter Laqueur’s book was called The Terrible Secret, notes Carl Gershman, President of the National Endowment for Democracy.

The knowledge of the concentration camps in East Turkestan has focused more attention on the Uyghur issue than ever before. There has been a dramatic change in attitudes toward China, as we saw the other evening when Speaker Nancy Pelosi announced that a House resolution remember the Tiananmen Square massacre and called for human rights in China passed unanimously.  The issue of support for democracy in China is completely bipartisan, as is support for the rights and survival of the Uyghur people, he told today’s conference, “Confronting Atrocities in China: The Global Response to the Uyghur Crisis,” organized by the World Uyghur Congress and the Uyghur Human Rights Project;

We need to take advantage of this and build an international coalition to defend the human rights of the Uyghur people.  It should have a number of objectives, Gershman added: