Lt. Gen. H.R. McMaster, in his last public remarks as national security adviser, strongly denounced Russia for its increased aggression around the world and declared: “We have failed to impose sufficient costs,” on the Kremlin, the Washington Post reports:

He criticized Russia for employing strategies “deliberately designed to achieve objectives while falling below the target state’s threshold for military response.” Tactics include infiltrating social media, spreading propaganda and using other forms of subversion and espionage — all without rising to the level of an armed attack that would merit military retaliation.

“Russia has used old and new forms of aggression to undermine our open societies and the foundations of international peace and stability,” McMaster told the Atlantic Council (above). “We are now engaged in a fundamental contest between our free and open societies and closed and repressive systems,” he added. “Revisionist and repressive powers are attempting to undermine our values, our institutions and way of life.”

Western democracies “must recognize the need for all of us to do more to respond to and deter Russian aggression,” he said, suggesting that governments should “reform and integrate” military, political, economic, law enforcement and other instruments of power to counter hybrid warfare, “a pernicious form of aggression that combines political, economic, informational, and cyber assaults against sovereign nations.”

“Strategic confidence” must be preserved through a defense of the values of sovereignty, freedom and rule of law, he said.

McMaster’s sentiments are echoed in a statement of principles released by a bipartisan group of over sixty foreign policy experts, former U.S. government officials, and former members of Congress, highlighting the erosion of democratic norms and institutions in Central Europe.

“We cannot afford complacency. When our shared principles are endangered, so too is our security,” the signatories observe:

Our adversaries know that America’s alliances, built upon a common commitment to democracy, are our greatest strength. Hostile powers seek to weaken the United States by dividing us from our allies, as Russia already endeavors to do, through disinformation and other means. For if our allies no longer share our values, they will have little reason to help shoulder the burden of protecting our interests.

The democratic principles and institutions of our European allies are also being weakened from within, the statement continues:

Many democratic societies are engaged in much-needed debates about how best to respond to changing post-Cold War social, political, economic, and technological dynamics. It is the sovereign right of states to set policies that best reflect the will of their people. But citizens’ legitimate grievances and countries’ real security concerns cannot be addressed by granting governments unchecked powers. Doing so only undermines democratic institutions and individual rights, planting the seeds of tyranny.

“When these bedrock democratic principles and institutions are put at risk,” the group adds, the U.S. government should take action. Specifically:

Having now come together in response to Putin’s aggression, it is critical that the democratic allies continue to stand united and push back on his efforts to undermine democracies, says Laura Rosenberger of the German Marshall Fund’s Alliance for Securing Democracy. They also must not tolerate information operations, cyber-attacks, financial influence, economic coercion, and subversion of civil society, she argues:

Putin must be clear that these activities are equally unacceptable, nor should he be allowed to retreat to other destabilizing activities that he believes fall below the threshold that would trigger a response. Differing threat perceptions about Russia across the transatlantic space have been one of the biggest obstacles to a unified response — this moment should be used as a galvanizing force to maintain a united front to push back on Putin’s broader efforts to undermine the institutions and order that are essential for our stability and security. Indeed, the united response to the Skripal attack provides a template for how to respond to Putin’s assault on democracies. 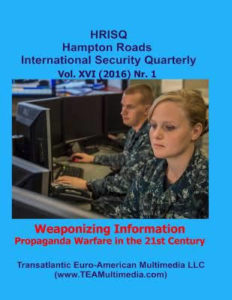 “For too long, some nations have looked the other way in the face of these threats,” he said. “Russia brazenly and implausibly denies its actions and we have failed to impose sufficient costs. The Kremlin’s confidence is growing as its agents conduct their sustained campaigns to undermine our confidence in ourselves and in one another.”

Please join Freedom House and the German Marshall Fund of the United States for the launch of the 2018 edition of Nations in Transit, Freedom House’s annual report on the state of democracy in the post-communist countries of Europe and Eurasia. A light breakfast will be served.