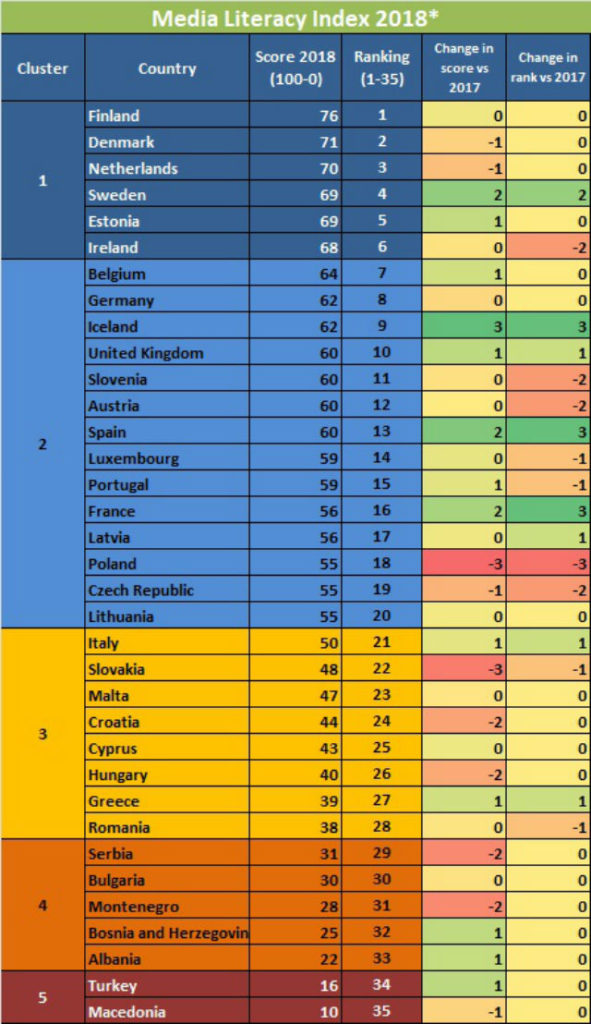 The West is fighting back against Russia in a battle for influence in the Balkans. The latest charge is being led by Britain. Seven years after shutting down in Belgrade, the BBC has reopened its Serbian language service, launching a website and unveiling partnerships with local media outlets to counter pro-Russian media “pumping out fake news stories,” Politico reports. More than 100 Serbian organizations promote friendly ties with Russia, according to a 2016 study by the Center for Euro-Atlantic Studies. 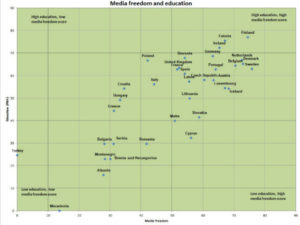 A new media literacy study for Europe from the Open Society Institute has found Balkan countries to be the least resilient to the spread of ‘fake news’. The study ranked 35 countries’ resilience to disinformation by assessing their quality of education, media freedom and public trust, Euronews reports:

Balkan countries were found to be most vulnerable to the spread of fake news, described as “rumors, hoaxes, outright lies, and disinformation from foreign governments or hostile entities” by the study – and due to their highly controlled media, low educational levels and low levels of trust in society.

Scandinavian countries, along with the Netherlands, Sweden and Estonia, were said to be best equipped to resist “post-truth” information “in which objective facts are less influential in shaping public opinion than appeals to emotion and personal belief”.

The BBC isn’t the only radio station seeking to counter propaganda, disinformation, and fake news the Kremlin and its partners spread across the Balkans, the National Review’s Jay Nordlinger notes:

One of the most interesting and admirable news organizations in the world is RFE/RL. Those letters stand for Radio Free Europe and Radio Liberty, which merged in 1976, he writes:

Team Putin seeks to undermine liberal democracy, and RFE/RL tries to encourage it. ….Not too long ago, people were talking about shutting down the radios, as Tom Kent points out. What good were they? Why were they needed? Virtually no one says that now. Arch Puddington speaks of “the pressure of events.” A scholar at Freedom House in New York, Puddington literally wrote the book on the radios (Broadcasting Freedom, published in 2000). The pressure of events — Putin and Putinism — has made RFE/RL newly relevant, newly important.

“Sometimes people think of international media like us as soft power — but this isn’t soft power like sending around a symphony orchestra,” RFE/RL president Tom Kent says “What we put into the machine is legitimate, professional journalism. But what comes out of it looks like hard power to some of the regimes. They see it as a threat, and respond accordingly.”

Rallying the West to counter disinformation

Recent reports indicate Russia’s ‘sharp power’ in the Balkans is growing, while Western influence is declining, according to analysts LeAnne Noelani Howard and Walt Richter. Worse yet, recent reports indicate that Russia and its proxy organizations are increasingly spreading misinformation about NATO and the European Union (EU), thereby mobilizing civil resistance against the West’s ability to intervene if and when it decides action is necessary, they write for the Foreign Policy Research Institute:

Taking a chapter from its successful playbooks in other parts of Europe, Russia uses multimedia disinformation campaigns in the Balkans to spread conspiracy theories.[12] Given the prevalence of these actions in the news media, much of the public begins all publicly available information through a lens of doubt. …. This comprehensive approach pulls on emotional strings, combining information and psychological warfare.

Russian efforts to undermine democracy in the Balkans feature in a report for the Foreign Policy Research Institute by Reuf Bajrovic (left), Richard Kraemer, and Emir Suljagic.

“Russia is actively supporting indigenous political and paramilitary actors seeking to divide Bosnia and Herzegovina,” and “by supporting secessionist actors in Bosnia, Russia hopes to establish a client state in Europe, where it can damage NATO credibility and weaken the transatlantic Alliance,” the report adds.

Many in the West recognize the importance of security in the Balkans, but these stakeholders must better organize themselves and their resources in this arena, Howard and Richter suggest:

This reorganization includes developing a new approach towards the Balkans, identifying and empowering lead organizations and individuals within the process, setting communication frameworks with each Balkan nation individually, and then designing realistic strategies to organize contributions in time and space. The West has lost positioning with many Balkan governments and populaces, and therefore working collectively is essential to regain sustainable footing with the ability to underwrite stability.

Fake news comes from the mainstream media and government, as well as from Russia, says Stevan Dojčinović, editor-in-chief of the Crime and Corruption Reporting Network (KRIK), a National Endowment for Democracy grantee. “The independent media survived dictatorship but they won’t survive democracy. This is open hunting season on independent thinkers,” Snježana Milivojević, journalism professor tells Politico. “Democracy is seriously in danger.”

RFE/RL is funded by Congress through the aforementioned Broadcasting Board of Governors. Its budget is about $117.5 million, Nordlinger adds:

[Former RFE/RL director Jeff] Gedmin points out that this is roughly the cost of three Apache helicopters. That is a lot of bang for the buck. James Kirchick, a writer who once worked for RFE/RL and is now at the Brookings Institution, recalls the words of James Mattis. Talking to congressmen last year, the secretary of defense said, “If you don’t fund the State Department fully, then I need to buy more ammunition ultimately.” RTWT 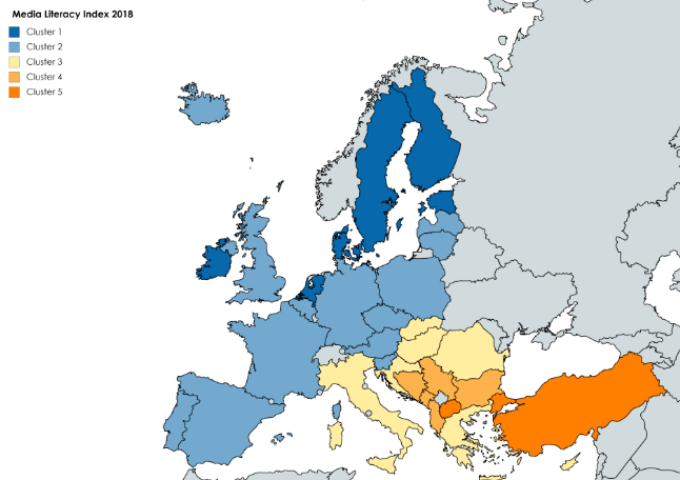