Latin America, it should be said, is still less authoritarian than parts of Asia and Africa, notes Ioan Grillo, the author of Gangster Warlords: Drug Dollars, Killing Fields and the New Politics of Latin America. But despite improvements by some governments, Latin America remains the most unequal region in the world, with 10 percent of the population holding roughly 71 percent of the wealth, he writes for the New Republic:

Sprawling slums without paved roads and running water provide a steady stream of recruits into the crime armies. There are no simple solutions to these problems. But one thing that could be done is to recognize that elections and freer markets 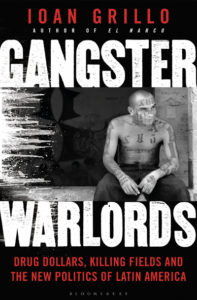 will not, on their own, improve people’s lives—governments are going to have to do more. First, they can build police forces that will genuinely defend people from predatory criminals while not being used as a tool of repression. And next, they can channel government resources into poor communities that need them most, rather than their own pockets.

“Democracy means a lot more to people if it translates into tangible benefits—it is then, and only then, that people become willing to risk their lives defending it,” Grillo adds. “Politicians who talk about democratic values but don’t offer concrete answers to what matters most leave a vacuum for authoritarian leaders who do.”